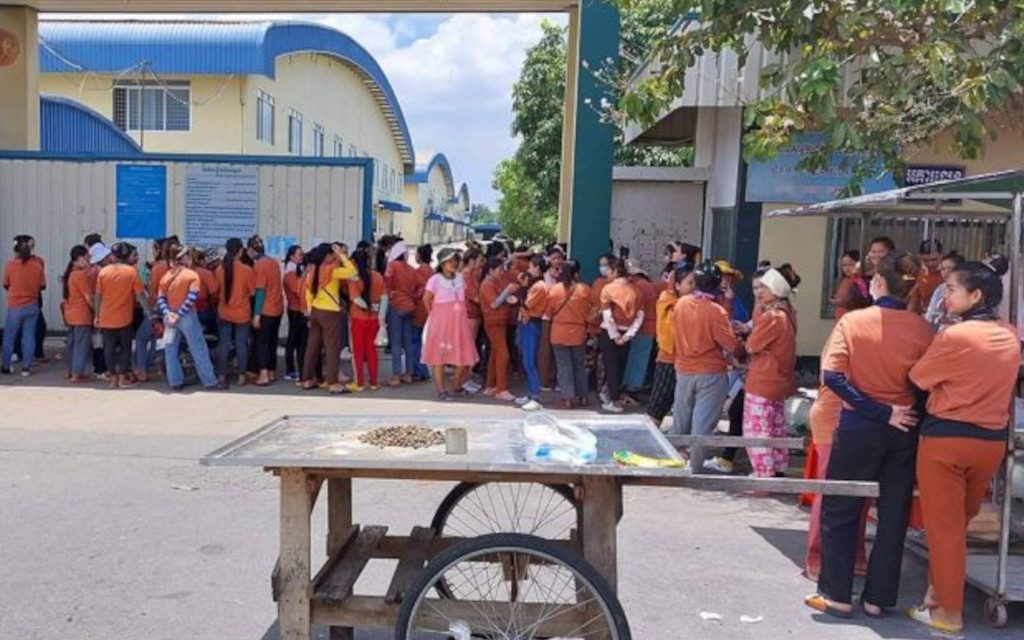 Hundreds of workers at a Phnom Penh factory protested on Wednesday after five of their colleagues from the quality control department were fired, though they were reinstated after negotiations.

The workers stood outside the New Mingda Cambodia factory, off Veng Sreng Blvd., and protested the firing of five people from the garment inspection department.

Ing Kongkea, one of the workers, said employees were unhappy with the development and were demanding the five be reinstated. She added that the five workers had objected to being overworked, after which they were laid off.

“The reason is that the owner assigned each [inspection] assistant to be in charge of three groups [of sewers], but they didn’t agree and protested because they were unable to do that,” she said.

She said the five workers complained of being too tired from managing the three groups of sewing staff, and were fired. Kongkea said the factory should not pressure workers and should be more accommodating.

Poun Hieb, a human resources staffer at the factory, said that after negotiations with Pur Senchey district authorities and Labor Ministry officials, the factory owner agreed to rehire the five workers, starting Thursday.

“The owner reinstates the five assistants, and the workers agreed to go to work as usual,” Hieb said.

Vong Sovann, a deputy at the ministry’s dispute resolution department, said the ministry had intervened in the case but did not give further details.

According to the Garments Manufacturers Association in Cambodia, New Mingda has over 800 employees and produces T-shirts, pants and other garments.