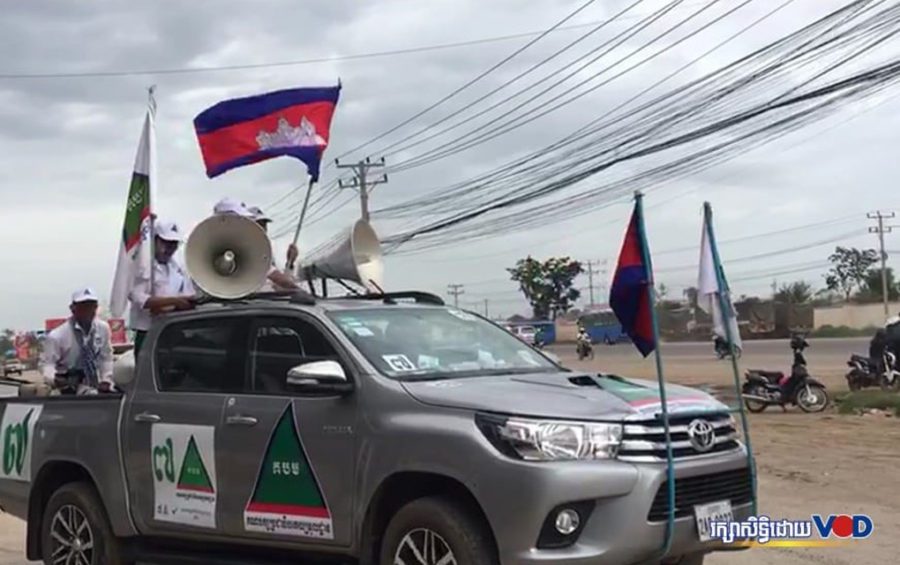 With the commune election a few months away, the Grassroots Democratic Party has awoken from political slumber to recommend a reduction in the size of government to better utilize Cambodia’s national budget.

The party, which recently released a statement about the NagaWorld strike, published a party policy document on January 25, recommending that the government cut down the 28 ministries currently in place to around 15 and limit the number of senior bureaucrats in the administration.

The GDP contends that a bloated government is a burden on the national budget, and was a less efficient use of public funds.

Sam In, secretary general of the GDP, said the government had a head bigger than its body as a result of the excess of ministries. He said the ministries of agriculture, water resources and rural development were all performing overlapping roles.

Agriculture Ministry official Chan Heng did not want to comment on the reform measure and ministry spokesperson Srey Vuthy could not be reached for comment.

After Prime Minister Hun Sen refused to accept the results of the election, a deal was reached where he shared power with the late Prince Norodom Ranariddh, from Funcinpec, where they shared power at the top and picked co-ministers and bureaucrats in each ministry.

“The Royal Government of Cambodia came from a government that aimed to unite the nation, used quotas to end the war,” he said, referring to the power-sharing system. “Our history is like that.”

A $8.5-billion national budget was passed by the National Assembly in November 2021, an increase of around 8 percent over the previous year. The government had asked government servants to give up all or part of their salaries last year to assist in funding measures to stem the spread of Covid-19, while also urging local tycoons to pay up large donations.