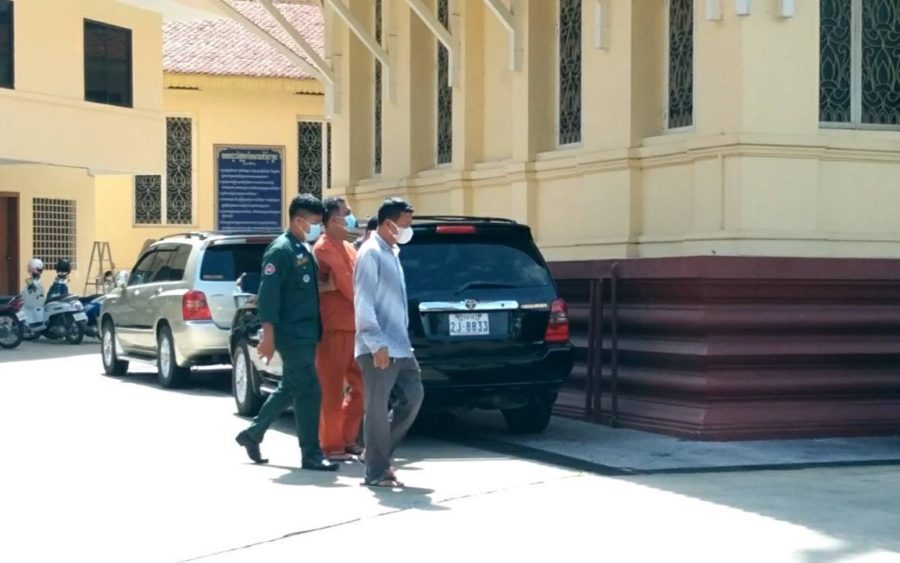 Two-star general Soy Chansoeun was denied bail Wednesday by the Supreme Court for allegedly beating up and confining a woman in January. The defendant’s lawyer described the altercation as a “little clash”, a characterization the judge rejected.

A two-star general was denied bail Wednesday by the Supreme Court for allegedly beating up and confining a woman in January, with the defendant’s lawyer describing the altercation as a “little clash.”

The Supreme Court heard the bail plea of Defense Ministry general Soy Chansoeun, who also goes by Tes Chansoeun and Ra. The defendant, who is in pretrial detention at Kampong Speu prison, is charged with intentional violence with aggravating circumstances and unlawful confinement.

The victim, Duong Hemalis, filed a complaint in January that she was in a car with Chansoeun on January 22 in Takhmao City, Kandal, when he hit her, pulled a gun on her and threatened her life, according to a complaint posted widely online and seen by a VOD reporter. He did this while driving to Kampong Speu’s Phnom Sruoch district where he allegedly confined the woman at the house of his subordinate, Srey Sambath.

She was rescued the same day after she called a relative who alerted the authorities. Chansoeun was sent to pretrial detention July 30 after a warrant was issued the week before for his arrest.

Defense lawyer Chhoeun Sokha said on Wednesday the general and businesswoman were together for eight years and lived like a family, characterizing the alleged violence as a minor dispute in the car that was only a misdemeanor.

He claimed the violence was not severe because his client was driving the car, had one hand on the steering wheel and could not do much harm with the other as he drove. Once in Kampong Speu, Sokha said, Hemalis was not confined and chose to lock herself in a room.

If given bail, the defendant would not escape or cause any problems for other people, Sokha said, and would give $5,000 to the court for any settlement with the plaintiff.

Chansoeun said he did not try to kill anyone, and denied having a gun with him. He said the plaintiff had been to the house in Kampong Speu previously and he drove there to calm them both. He also claimed that if he had to confine the woman, he would have needed two or three other people.

“You say this to favor yourself but the law is different [from what you said],” said judge Nil Nonn in response.

Chansoeun replied that, given his rank, military authorities would have taken action against him before the case had advanced as a legal matter.

“If I really confined a person, [the case] would not have reached the court because the military has a very strict discipline,” Chansoeun replied.

Hemalis agreed with her lawyer, Lim Soputdy, who said that she was beaten and confined and that the general should not be let out on bail. Soputdy added that Chansoeun had texted the plaintiff from prison threatening her.

“Allowing the accused to get out will cause a new offense. I would like to ask the judges to uphold the decision in order to prevent other offenses,” Soputdy said.

After a 30-minute deliberation, judge Nonn decided to reject the bail application from the accused and upheld the Appeal Court’s decision from August 31, 2021.