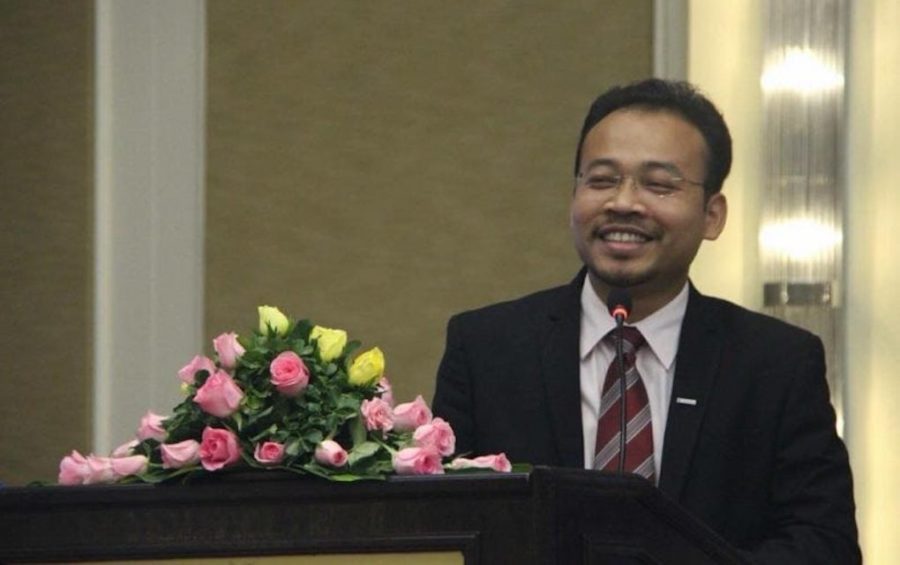 UPDATED 4:15 p.m. — The head of the government’s spokesperson unit on Monday said he would educate a civil society leader following the latter’s critical comments made to a news outlet about unequal wealth distribution in the country.

Spokesman Phay Siphan said what Preap Kol, the director of anti-corruption watchdog Transparency International Cambodia, told the Southeast Asia Globe in an article last month was “not accurate” so officials would provide more information and share the government’s achievements.

“The government needs to explain to the people as well as the NGOs what’s going on,” Siphan told VOD.

Kol is the third civil society leader in the last two weeks to be invited for a closed-door discussion by the Government Spokesperson Unit in relation to reports critical of government policy or business practices.

Last week, Siphan said that a critical report which found “serious and systematic” human rights abuses in the nation’s microfinance sector was inaccurate, could hinder investment in the industry and may be used by opposition groups to politically attack the state, following a meeting with representatives from rights groups Licadho and Sahmakum Teang Tnaut (STT), which authored the report.

On Friday, the unit said in a Facebook post that it had invited Kol to a closed-door meeting on Wednesday in relation to statements he made in an interview with the Globe.

Kol told VOD on Sunday that his office had received an invitation letter but he would not be able to attend the meeting because he had a mission in Europe.

“I have noticed that the invitation of the heads of civil society organizations by the government after commenting on social issues or after expressing their opinions through media is a new and interesting development in Cambodia,” Kol said.

In an article titled “Cambodia’s crossroads” and published on August 21, Kol tells the Globe that despite the nation’s rapid economic growth, many Cambodians have not benefited.

“Cambodia applies ‘free market economy’ ideology and, as far as I know, does not yet have a policy that ensures an equitable share of profit to local people,” Kol is quoted as saying. “Therefore, the majority of Cambodian people, especially those who are poor or disadvantaged, are not ideally benefiting from the impressive economic growth.”

Later in the article, he says: “​Cambodia should have a pro-poor and pro-local policy to ensure that Cambodian people are benefiting from the foreign investments.”

Near the end, Kol is quoted describing how the next generation of the country’s political leadership could incorporate the public back into the political fold.

“New blood and new generations shall think differently from their parents to insure inclusiveness and liberal discussions and debates on policies to ensure that we can come up with the best ideas for development and investment,” Kol told the Globe, which wrote that the children of ruling party leaders were in the process of stepping into their parents’ shoes.

“The new generation must have new norms and rules of politics through which people can agree to disagree on policies and genuinely apply good practices based on principles of good governance, integrity, transparency and accountability — and on the foundation of democracy and the rule of law,” he added.

The site describes itself as “independent” and “not owned by any corporation or aligned with any state.”

The article also notes that the Globe wrote the story because “Cambodia’s economy is increasingly working only for the wealthy.”

The Globe’s management said in an emailed statement on Monday that no Globe employees had been invited to meet with government officials, but the Globe hoped that the spokesperson unit’s invitation to Kol led to “a constructive exchange.”

“We are of course glad that our stories are being widely read and we will continue to carry out the same in-depth regional coverage of politics, business, social affairs and the environment as we have for more than a decade,” the Globe said.

Siphan, the government spokesman, said he had no plans to invite the Globe for a meeting, and he was working “for the people, not against the media.”

The government had the right to “fix” inaccurate information, Siphan said.

“We don’t do any censorship,” he added.

“The public have the right and the power to decide which [information] they believe.”

Siphan said he planned to inform Kol of how the nation’s GDP growth has benefited the overall population.

Asked to share some specific examples of the government’s achievements that he planned to provide Kol, the spokesman said, “It’s not time yet.”

Sun Narin, a reporter for Voice of America (VOA), told VOD on Sunday that meeting requests from officials to news sources after they’ve given interviews could inhibit journalists’ work and be a cause for concern.

“I think that it affects the work of reporters if this call [for a meeting] is a pressure on [sources] and they feel scared and dare not speak to reporters,” Narin said. “So reporters will lack sources and experts to speak with.”

If the government just wanted to receive additional explanation, that was a good thing, Narin added.

“But I feel that it is more like a warning message,” he said.

Soeng Senkaruna, spokesman for rights group Adhoc, said civil society organizations being called for questioning or discussion was fine depending on the intent. But in Kol’s case, it seemed to be a new means to interrupt and disturb those who dare to speak publicly about societal issues in Cambodia, Senkaruna said.

“Currently, we already have worries over making comments to media, especially societal and sensitive political issues, and with such an invitation it will make those of us who are media commentators feel even more careful and worried,” he said.

Kol told VOD in an email on Tuesday that he was currently traveling in Europe.

“I consider my comments as well as other people’s comments in the SEA Globe as an exercise of our freedom of expression, a fundamental human right that people in a democratic country would enjoy,” Kol said.

“The comments that I expressed reflect my views and opinions to the extent of my knowledge and observation. If my views are contested by anyone, I am willing to hear those contrasting opinions and would be happy to debate about those different views in a respectful manner, free of intimidation and oppression,” he said.

“I will return to Cambodia during the last week of September and would be happy to interact with any concerned institution as needed,” he added.