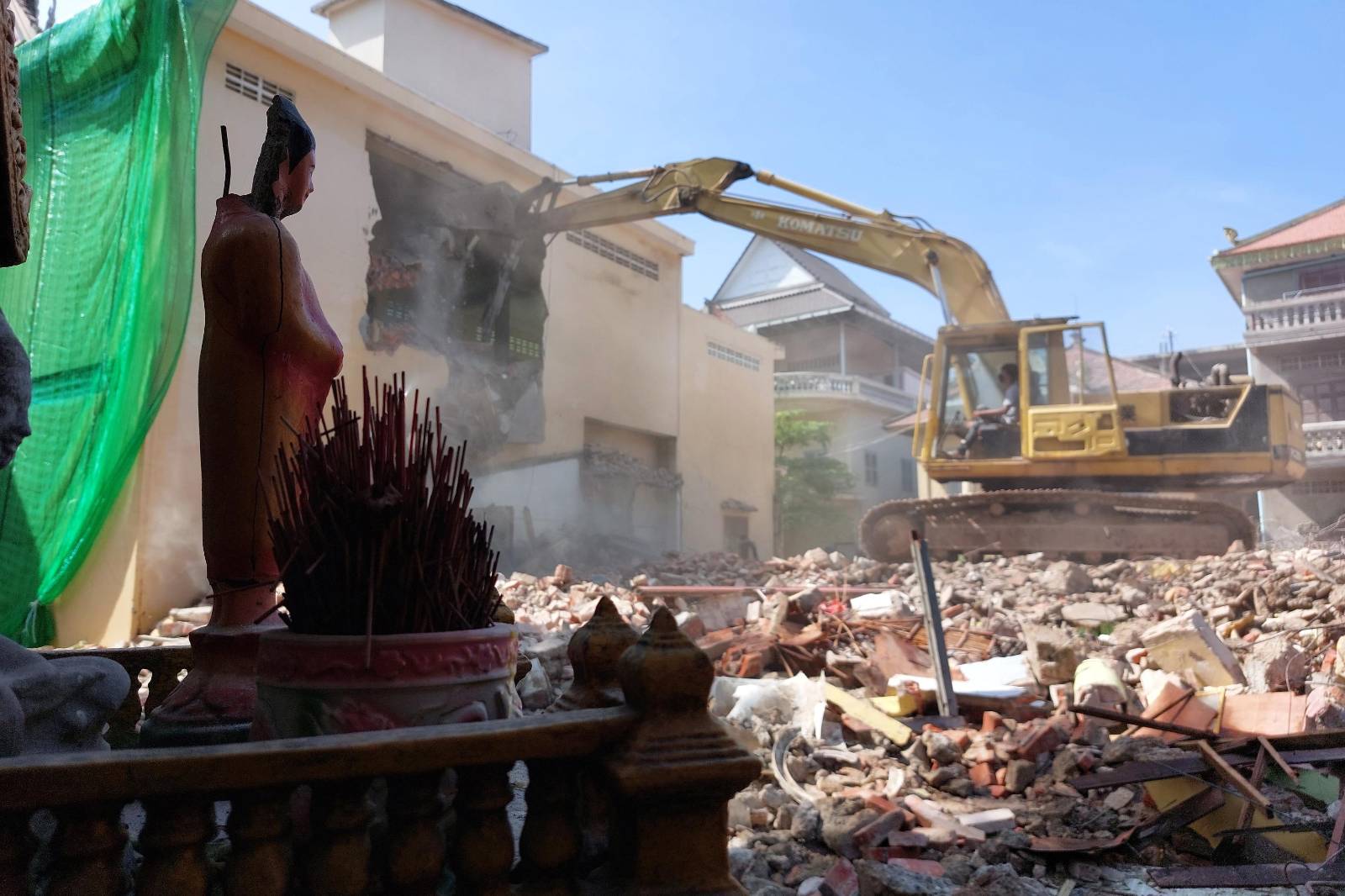 The demolition of three living quarters for monks at Phnom Penh’s Wat Ounalom — to build a mausoleum for the country’s chief monk — continued this week even after the Culture Ministry said they were national heritage sites.

Wat Ounalom is located at Phnom Penh’s riverside and is home to Tep Vong, the supreme patriarch of the Mohanikaya sect of Buddhism. Demolition of the three monk quarters began at the pagoda last week, say residents, in order to make way for a mausoleum to house the aged monk.

But the Culture Ministry issued a statement on December 8 saying the quarters were heritage sites and built during the French colonial period. VOD reporters visited the pagoda on Tuesday and saw land excavators continuing the demolition of the three buildings.

A personal cook for Tep Vong, Hun Sidareth, said the demolition would make space for the construction of a stupa, or mausoleum, for the senior monk. Monks who resided in the buildings were asked to move to another quarter in the pagoda, she added.

“It is possible to preserve [the buildings], but they are already demolished. How can we conserve it? They will build the stupa of chief monk Tep Vong there,” she said.

Two monks and a layman in the pagoda refused to speak about the demolition activity.

Srey Naron, a deputy monk chief at Wat Ounalom, acknowledged that the stupa was for Tep Vong but would be used for other people too.

He said the demolition was unavoidable because there was little unused space in the pagoda, and that no one was aware the buildings were heritage sites.

“The thing is, this location is for our needs and we couldn’t find any other solutions.”

Culture Ministry spokesperson Long Ponnasirivath said he did not want to comment and directed a reporter to last week’s statement.

The statement said the three buildings were given heritage status in 2017 and that demolition of heritage buildings without consultation was against the law.

Thuy Chanthourn, the vice president of the Institute of Culture and Fine Arts at the Royal Academy of Cambodia, said it was regrettable to lose the monk quarters, which were an important part of history to be preserved for future generations.