‘I Saw My Face. I Don’t Want to Live Anymore’: Woman Still Waiting for Husband’s Arrest After Acid Attack 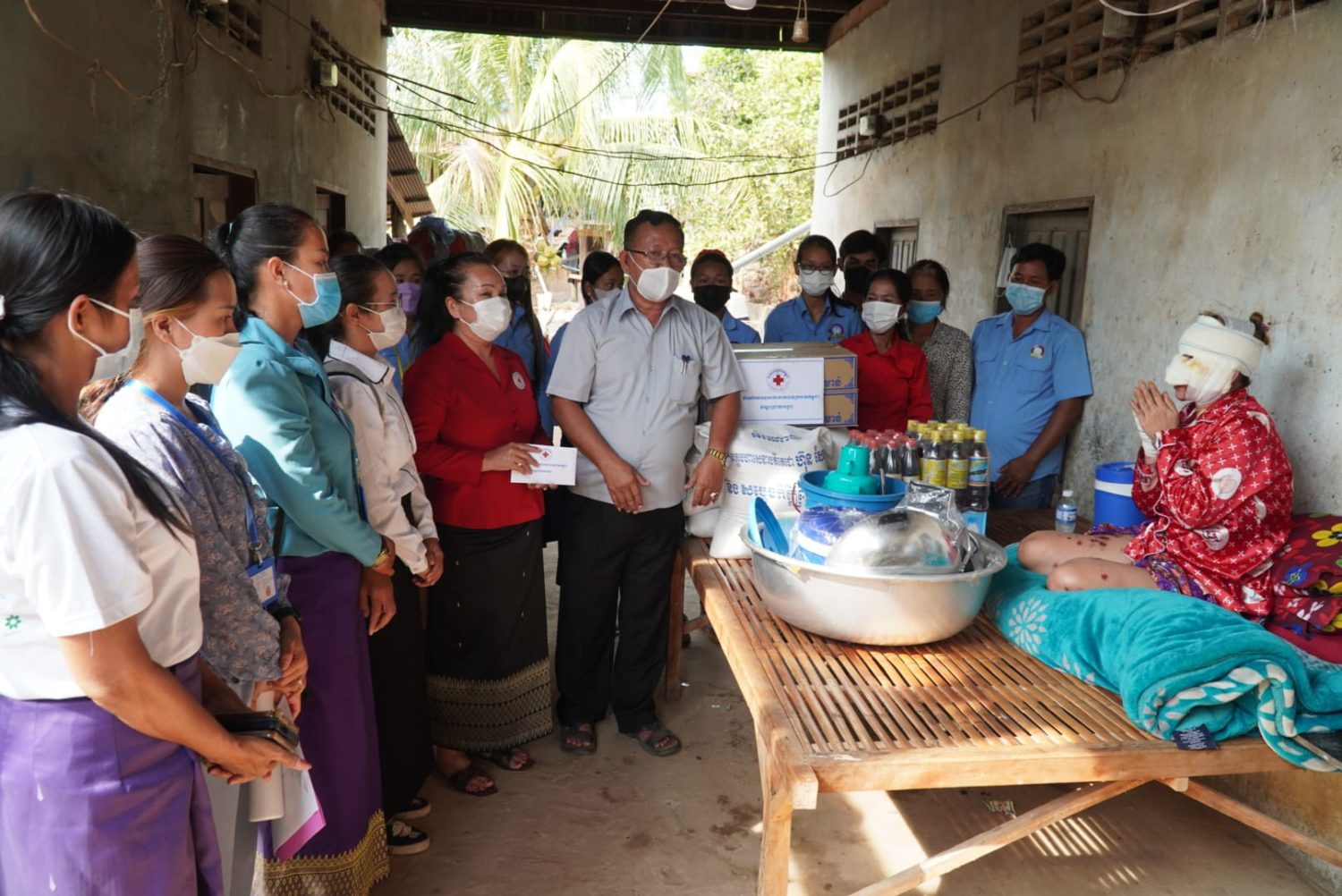 Every two days, a doctor comes to visit Heng Sophy to clean the acid burns covering her face, chest and arms, allegedly given by a husband who threw acid at her in mid-March after years of harassment.

When asked how she was doing more than three weeks after the assault, Sophy could only focus on the pain. “Now it really hurts so badly,” she said, crying over a phone call with VOD on Monday.

Sophy is still waiting to see if her separated husband, Kea Vathana, will face charges for attacking her with acid, but he’s still on the run. She described his history of abusive and possessive behavior before he allegedly attacked her on March 12.

Sophy, 40, said she had separated from her husband for a year, but he has been trying to get back together. She told VOD she was trying to get a divorce, but Vathana has refused to thumbprint the document. She would still talk to him on the phone occasionally to “try to act normal” and be nice.

However, he had a history of harassing her, often jabbing a key into her head in order to hurt her, she claimed.

On March 12 around 2:30 p.m., Sophy was riding her motorbike to buy vegetables, which she sells in front of a factory near her home in Chroy Changva district’s Bak Kheng commune. Vathana drove by on another bike and attempted to steal her handbag, asking her to come eat rice with him.

He eventually retreated but she said she was shaken, so she parked her motorbike at the Prek Liep National College of Agriculture and called a tuk-tuk. After buying vegetables, she took a motorbike taxi back to the college and asked the driver to stay to make sure something didn’t happen to her.

Vathana was at the college when she returned, Sophy said.

“I don’t know where he came from,” she recalled. “At the time he asked me if I was still in love with him. I did not answer. So he took acid and attacked me.”

“When the acid was on me, I could not open my eyes. There was smoke on my face. Some people on the road, they took water to put it on me.”

She said she spent one week in hospital after the attack, paying $100 per day at Cambodia-China Friendship Preah Kossamak Hospital. She left after a week, when her wounds were dry, but she was disturbed by the injuries.

“I saw my face. I don’t want to live anymore. I cannot accept this,” she said.

She said she still feels pain in her chest from the acid attack but decided to leave the hospital.

“I asked the doctor to leave. I didn’t have any money,” she said, adding that a doctor will come to her home to clean her burns for $20 each time.

Sophy said she received some donations from NGOs, the Bak Kheng commune chief and the Cambodian Red Cross. She quit selling vegetables, and her 22-year-old daughter has started in her place to continue supporting Sophy’s six total children.

She already filed a complaint to the commune chief, and according to government news site Fresh News, Leng Bunteng, an adviser to Senate President Say Chhum, accompanied a doctor to visit Sophy. But so far, she said her husband is still free, and she believed he’s in his hometown in Kampong Speu province. National Police spokesman Chhay Kim Khoeun could not be reached for comment on Monday.

“I want justice given to me,” Sophy said.