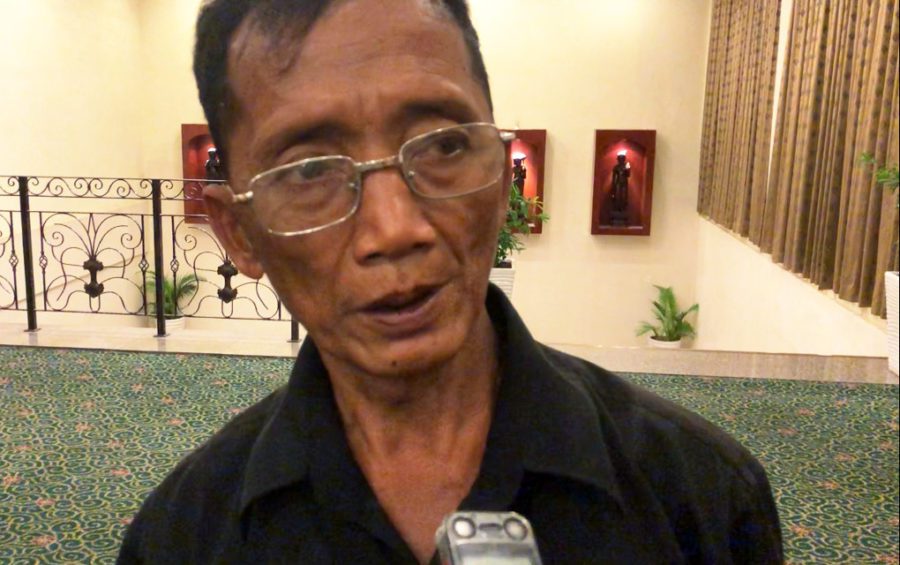 Indigenous community representatives told a forum on extractive industries on Friday that they were concerned about the effects mining projects in their areas could have on their health and livelihoods, and asked that they be better informed by companies and the government.

The forum, held in Phnom Penh under the topic “Toward Responsible Mineral Development in Cambodia,” gathered participants from government, civil society, the private sector and local communities.

Romas Mam, an indigenous Jarai representative from Ratanakiri province’s O’Yadaw district, said in his area an Indian firm was exploring for gold but it had not held any discussions with people in his community.

He had heard they would develop roads, a hospital and wells for clean water, but nothing had eventuated.

Tun Chheng, from Preah Vihear province’s Rovieng district, where he said a Chinese firm was also seeking gold, spoke of his concerns about protecting natural landmarks sacred to his Kuy people.

“There is ancestral heritage in the area — indigenous people have worshipped, practiced their traditions passed down from ancestors,” Chheng said. “They could destroy the traditions of the indigenous Kuy.”

The villagers did not know the names of the companies operating in their areas, but licensees in their areas include Indian firm Mesco Gold, which is exploring for gold in Ratanakiri’s O’Yadaw, while Chinese investors in Delcom have said they envision an industrial hub centered around mining in Preah Vihear’s Rovieng, according to The Cambodia Daily.

Priscilla Ngero, interim country director for Oxfam in Cambodia, said the government should have a mechanism in place to inform people about mining projects in their areas and prevent disputes between companies and communities.

“A question that needs to be answered is how Cambodia can use ‘free and prior informed consent’ as a tool to prevent or minimize conflicts between mining companies and communities living in and adjacent to mining sites,” Ngero said.

According to a government report summarizing developments in extractive industries from 2013 to 2017, 492 licenses for mineral exploration were granted to 43 companies over those five years covering 7,643 square kilometres.

Mines and Energy Minister Suy Sem told the forum that there was currently no law requiring prior consent from local communities.

“The law does not say that before granting [a mining license] we should ask the community. There is no law. But before we do, we ask the community. Before we approve them, we go and look. We go and see the place,” Sem said. “We check first. If it will have less of an impact on both the environment and society, we grant [the license] and go to explain to the community later.”

Sem told reporters that so far there has been no serious impact on communities, and the ministry is ready to intervene if any mineral company causes harm and violates its contract.

According to the Phnom Penh Post, the ministry has dealt with several mining-related disputes with local communities in the past, including in Preah Vihear’s Rovieng, where local residents said a mining company had encroached on their land.