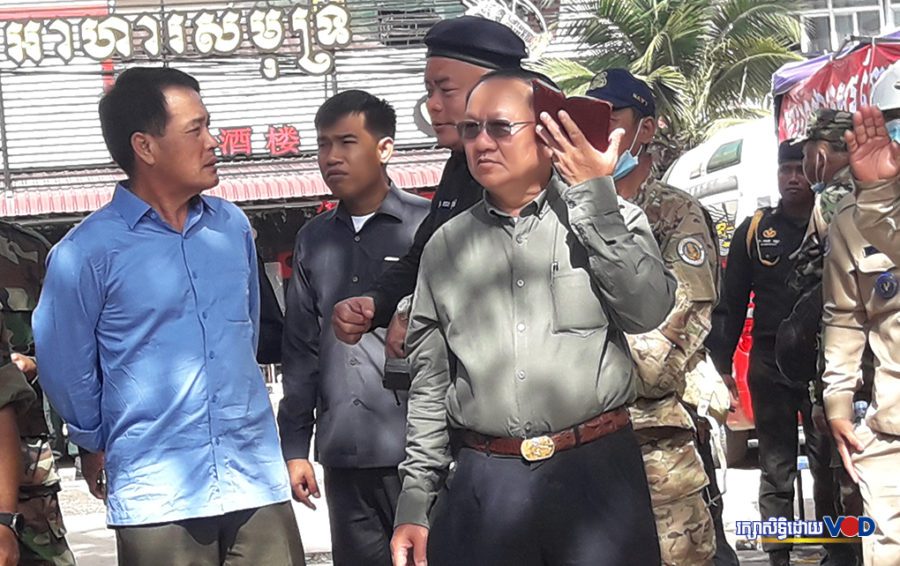 Yun Min has found a new job as secretary of state at the Defense Ministry and four-star general — just three days after he resigned as Preah Sihanouk provincial governor over Saturday’s building collapse in Sihanoukville that killed 28 people.

A Royal Decree dated June 27 says King Norodom Sihamoni made the appointments on the request of Prime Minister Hun Sen, who had called Min’s resignation an example of a government official taking responsibility for errors.

The former governor had previously been only a three-star military general.

Am Sam Ath, a monitoring supervisor for the human rights group Licadho, said it seemed early to appoint Min to such a high-ranking position after he just resigned for administrative mistakes and investigations into the collapse were ongoing.

“Yun Min himself claimed provincial officials went down to stop [the construction of the collapsed building] twice and the company did not listen and continued building — but the provincial administration did not take action” Sam Ath said.