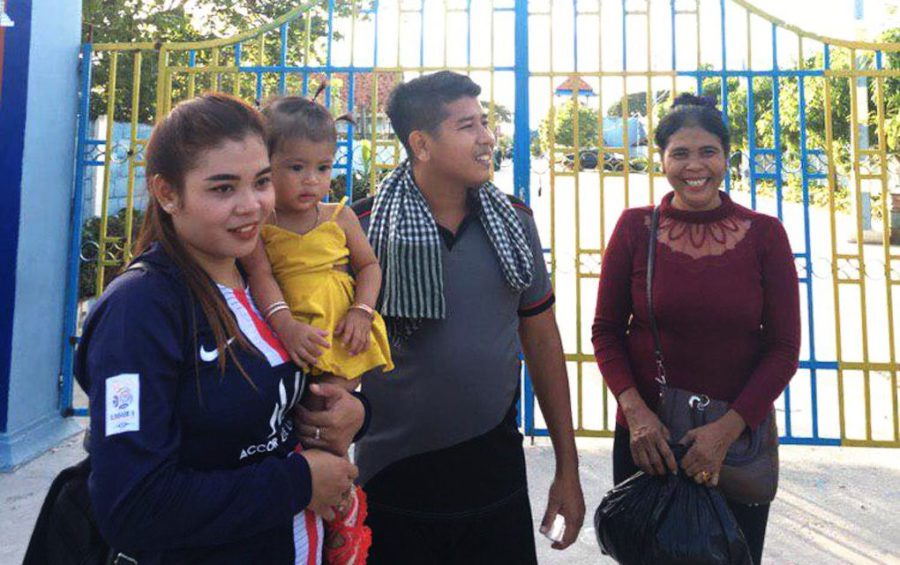 Dissident Kung Raiya, who faces up to four years in prison on charges related to his printing of T-shirts with murdered political analyst Kem Ley’s image and words, said he does not expect justice when the court’s verdict is announced next month.

In messages to VOD on Wednesday, Raiya said he had traveled to Thailand for medical treatment and had not been able to return to Cambodia in time for the hearing due to Covid-19-related border closures.

The activist said he was not optimistic about the pending verdict.

“I think that there will not be justice for me because I think this case is related to political matters, and [making a T-shirt] is not against the criminal law,” Raiya said. “If the political [situation] was at ease, my case could also be at ease, but if politics in Cambodia become tense, my case will also be tense.”

Raiya was arrested on July 9, 2019, one day before the third anniversary of analyst Ley’s murder, and later charged with “incitement to commit a felony” and “committing a misdemeanor after sentencing for a misdemeanor,” his lawyer said. The charges came after the activist advertised shirts for sale online to commemorate the anniversary of the popular government critic’s killing.

Raiya was convicted on the same charge of incitement in a separate case in 2016 and jailed for 18 months after calling for a “color revolution.” If he is convicted on the charge again, he faces up to four years in prison, double the usual maximum sentence for incitement convictions.

When Raiya was released on bail under court supervision in November, following his July 2019 arrest, Phnom Penh Municipal Court spokesman Y Rin told VOD that the activist was not allowed to leave the country, change his address unless authorized by the court or post anything on social media related to his charges.

Raiya’s lawyer Sokong said at the time that his client’s request for bail had been denied previously, but was granted due to Raiya’s health issues and because he was a university student, had to care for his family and he promised to appear in court when summoned.

On Wednesday, the lawyer said his client’s trial date was originally set for December, but it was rescheduled because both Raiya and witnesses were absent. Raiya wrote in a Facebook post at the time that he was ill, according to Sokong.

The lawyer said Raiya had left Cambodia not long after he was released on bail but did not specify when.

Sokong said his client did not aim to incite people with the Ley shirts, adding that they were a protected act of expression as well as a business opportunity.

“When a person has died…people love him and celebrate or hold an anniversary. There is no wrongdoing,” he said.

The lawyer added that Raiya’s intention was to commemorate the political analyst in a positive way, and it was impossible for the court or anyone to know Ley’s original meaning behind the statement featured on the shirts.

Ley’s picture is printed on the shirt’s front in black and white, and the back displays one of the analyst’s quotes: “If you do nothing, you will certainly suffer; it is just not your turn yet.”

Sokong said the facts of the case and the charge did not match because the evidence was based on the meaning of Ley’s words, which were unclear.

“For the content on the T-shirt, Dr. Kem Ley could have meant something different [in the quote], so it could have a positive meaning or not a violent meaning,” he said.

The verdict is expected on June 19.