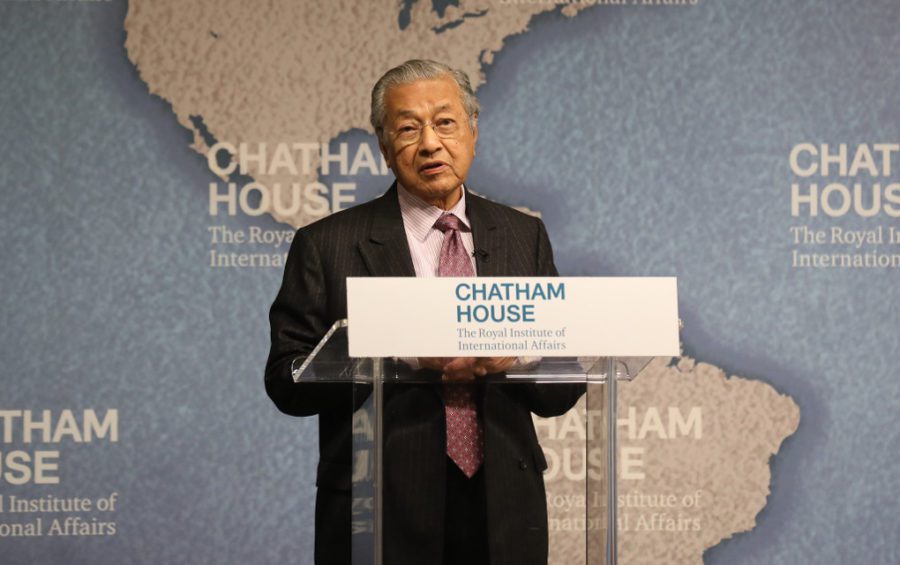 Malaysian Prime Minister Mahathir Mohamad has agreed to give a lecture at the Royal University of Phnom Penh on September 2, the university said on Monday.

Rector Chet Chealy told VOD that the topic of the leader’s address had yet to be decided, and he was working with the Malaysian Embassy to settle on an appropriate one.

“We wrote a letter and invited him to come, and he agreed,” Chealy said.

On its Facebook page, the university said anyone could register for the event, and the audience would be selected from among students and members of the public.

It was the first electoral loss for Barisan Nasional in Malaysia’s history after almost 61 years in power.

After taking office, Mahathir criticized China’s huge investment plans in Malaysia, which he says have not been in the Malaysian people’s interests and have been to China’s advantage in bilateral relations.

When Mahathir visited Phnom Penh in 2006, he warned of Western-led globalization — calling it “gobble-ization” — and urged Prime Minister Hun Sen to “look East” instead.

At the time, Hun Sen reportedly replied that he looked to Japan as a model for Asian countries’ modernization.