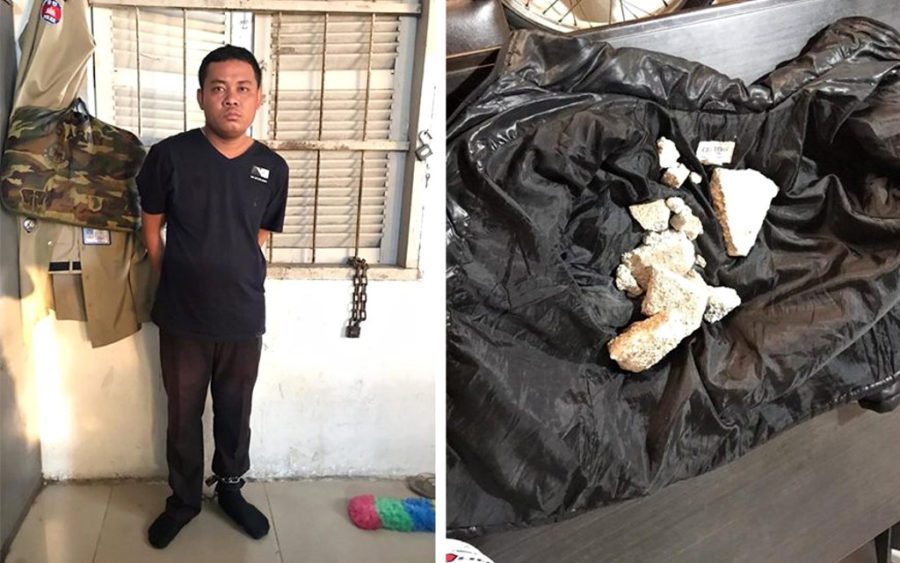 ​A man who is living with a mental illness was sent to the Phnom Penh Municipal Court on Friday and remains in detention after allegedly throwing rocks at Prime Minister Hun Sen’s residence in the capital earlier this week, his mother said.

Rom Piseth, 30, was arrested at 2 a.m. on Wednesday and was being held at the Daun Penh district police station, according to his mother, Hean Tieng.

“My son is a person with brain and mental illnesses,” Tieng told VOD on Thursday. “If he didn’t have this illness, he wouldn’t do this.”

Her son was first diagnosed with a mental illness and received medication in 2017, with his condition improving in 2018, she said. But about two months ago, he again began facing challenges related to his illness, she added.

Tieng did not identify her son’s specific mental illness, but said that he has received mental health treatment at Khmer-Soviet Friendship Hospital in Phnom Penh.

She said she had shown Phnom Penh authorities documents to prove that her son has a mental illness. In December, she also informed local authorities in their village about her son’s mental health, she added.

In a letter dated Wednesday and seen by VOD, Ouk Srun, chief of Sampov Poun commune, and Ai Horn, chief of Kbal Koh Teav village, where Piseth lives in Kandal province, confirmed that Piseth was living with a mental illness.

Daun Penh district police chief Tieng Chansa could not be reached for comment on Thursday, and court spokesman Y Rin did not immediately reply to a request for comment late Friday.

Soeng Senkaruna, spokesman for human rights group Adhoc, said that if Piseth was indeed living with a mental illness there was no reason to punish him, but instead he should receive treatment at a hospital or be sent back home with his family.

“If his mother has a letter to certify that he is really a person who has been diagnosed with a mental illness, the law will not find fault with him at all,” Senkaruna said.

“But if his action caused any damage, the parents must pay compensation to fix the damages,” he added.