Monk Says He Was Evicted From Pagoda for Opposition Support 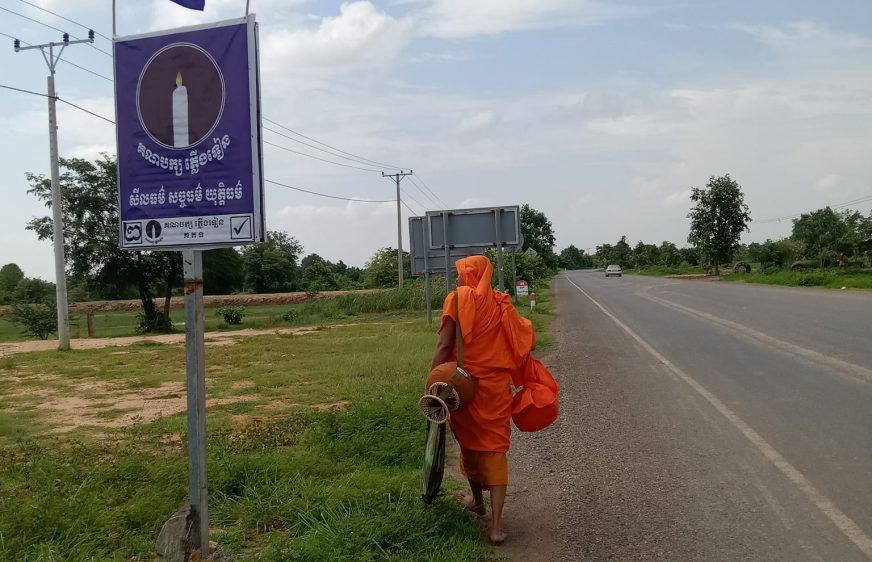 A monk in Siem Reap province alleges he was ordered to leave his pagoda Saturday night because he showed support for the opposition Candlelight Party.

Heng Kim Lay said the chief monk and pagoda committee at Prasat Raingsey, in Puok district, had told him on Saturday that if he wanted to stay he would have to stop posting online support for the Candlelight Party and stop soliciting money online.

He said on Sunday that he had refused to stop.

“[They] decided to chase me out,” he said. “They took revenge on us and saw us supporting the CNRP to the Candlelight Party.”

Kim Lay added that the donations he had asked for online were not for politics but to help poor people in need. Kim Lay said he would travel around Cambodia but did not know if any pagoda would let him stay.

Both Kim Lay and local authorities officials said they did not have a contact number for the chief monk or pagoda.

Sasasdom commune chief Ky Lay said he knew there had been controversy about Kim Lay, but didn’t know what it was about as the commune wasn’t involved. He said he wondered what the monk’s infraction could have been that it couldn’t be forgiven.

“The right to choose the political party is his right, but make sure not to go against the monk’s regulations,” Lay said.

Commune police chief Mai Sothun said he had heard there was a monk involved in politics, but police had done nothing.

Damnak Slanh village chief Duch Din said politics may not have been the only issue. “He seems to not get along with the other monks. … He lives there but he tends not to go anywhere very often. He was not often seen going out for blessing ceremonies and other ceremonies.”

National Election Committee spokesman Hang Puthea said a monk had the right to support any political party he wanted, and Kim Lay could file a complaint if that right had been violated.