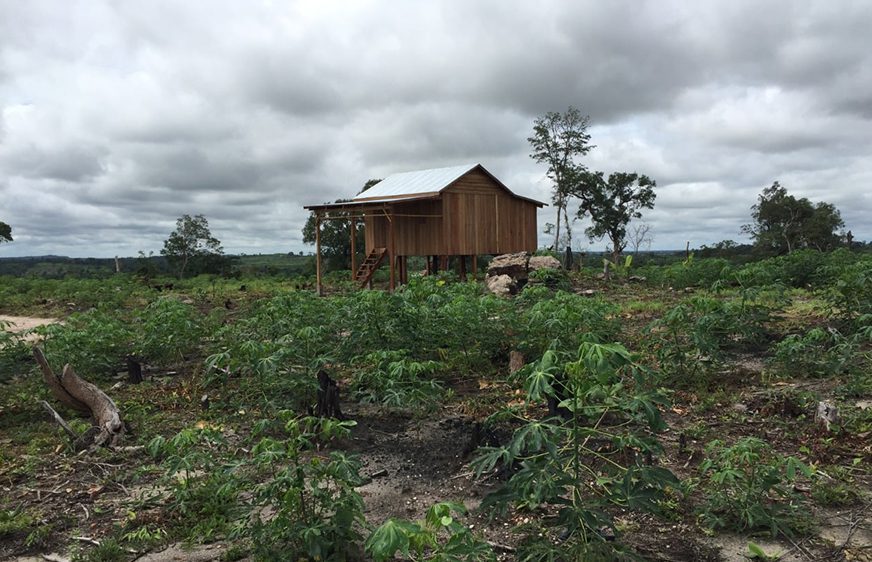 A house, which was allegedly built illegally, in Kratie province’s Sambor district, in a photo take by Cambodian Youth Network in September 2021. (Supplied)

Kratie residents sold cows and took out loans in a frenzy to invest in a get-rich-quick scam run by a local man claiming to be from a development NGO, losing tens of thousands of dollars before they detained the man themselves and handed him over to police, according to local officials.

The 43-year-old Kratie man defrauded 142 families over several weeks — starting just before the commune elections on June 5 — before he was arrested earlier this month.

Chet Borei district’s Chang Krang commune police chief Tiv Phal Loek added that Phalla was alleged to have defrauded 142 families out of 300 million riel (about $75,000) in his commune.

Penh Pov, who was commune chief in Chang Krang when the scam began, said Phalla started advertising his scheme across several communes in the district around two weeks before the June 4 election.

A resident of the district, Phalla claimed to be from Angkar Akphivat Sahakum Kampuchea, or the Cambodian Community Development Organization, and told people that they could earn sky-high interest within days of depositing money. References to the organization name could not immediately be found.

“I do not know what kind of propaganda they used to cheat people, because our people are so poor,” Pov said. “But they disseminated something and people believed them, that within three or four days they could withdraw 500,000 riel or 600,000 riel or 1 million.”

According to Pov, people flooded to invest as word of the scheme flew around the district.

As she was commune chief at the time — she passed on the position to a successor after the June 5 vote — she spoke with village officials who had been told the “NGO” had a legal document, license and an office in Kratie city. She told the officials that they should have checked with her earlier. She did not say whether she verified the organization’s purported license.

Families in seven out of 10 communes in the district had been defrauded for tens of thousands of dollars each, she said.

“There were disabled, aging people, youths — because they wanted money. Some lost a little, some lost a lot of money,” Pov said. “Some people sold their earrings, rings and bracelets.”