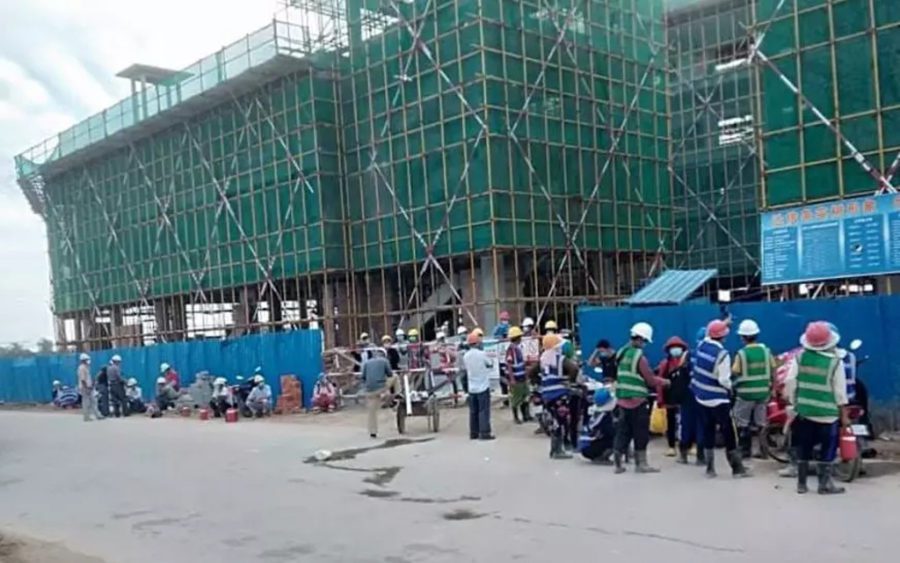 Around 30 construction workers protested at the Hui W Travel Agent construction site — a firm connected to Chinese payment service Huione — after they were not paid salaries, with a resolution reached hours later.

Workers at the Hui W Travel Agent construction site in Phnom Penh’s Pur Senchey district protested and blocked the site’s entrance for five hours, said Yoan Oeun, who was part of the protest. He said the foreman had not paid them for almost a month, making it hard to afford food and other living costs.

“We face a lot of difficulties: no money to buy food, no money to pay home rental fees,” Oeun said. “I am in debt everywhere, but have no money to pay. Now, I [haven’t] even paid the electricity cost.”

After five hours of protesting, the foreman agreed to pay the workers, Oeun said.

Hui W Travel Agent could not be reached for comment on Tuesday. A job posting for the firm lists Huione’s website — a payment service for which Prime Minister Hun Sen’s nephew Hun To is a director.

Construction foreman Seak Soklay said he was unable to pay the workers because the company had not paid him.

“The company did not pay my money on time, so I paid the workers late too. But, after this protest, the company paid and everything has been solved,” Soklay said.

Sok Piseth, a dispute resolution officer at the Building and Wood Workers Trade Union, said many construction workers had lately been facing problems with late payments and unemployment due to the Covid-19 outbreak.

“Since the outbreak of Covid-19, some construction workers have not been able to get full-time jobs, with some working and others not. And they need money to pay for things like water, electricity and daily expenses, but they have no money,” he said.

“So, I think the relevant authorities and officials should go to check, talk and solve [disputes] with companies.”

Sok Kin, who heads the same workers’ union, told VOD in April that a report by the Ministry of Land Management, released in early 2021, estimated there were 360,000 construction workers across Cambodia.