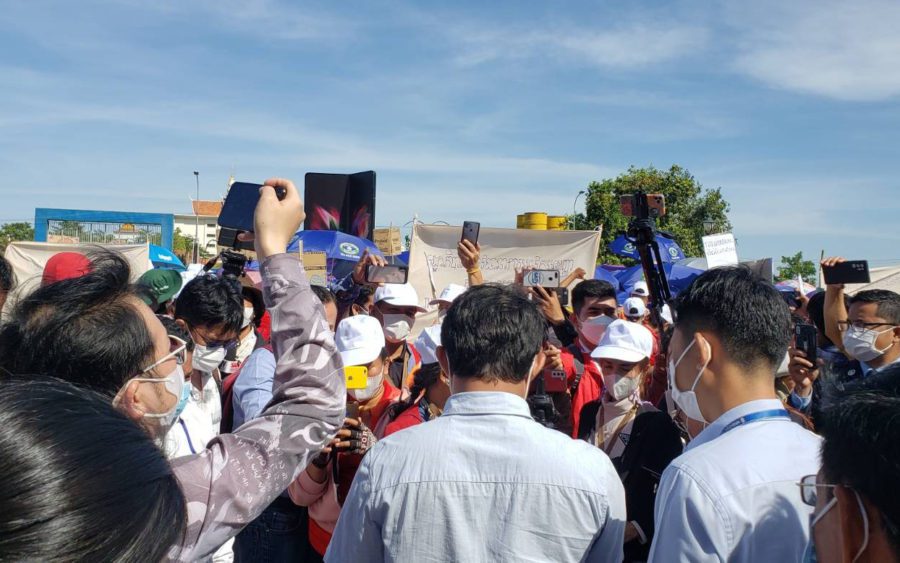 An official reads a Phnom Penh Municipal Court decision deeming the Nagaworld strike illegal to participants in the park in front of Naga 1 on December 18, 2021. (Danielle Keeton-Olsen/VOD)

Participants in a 10-hour strike in front of NagaWorld casino dispersed by 5 p.m. on Saturday after authorities barricaded strikers inside the park, though union members vowed to return on Sunday.

Workers started filing out of the park opposite NagaWorld 1, shortly after flatbed trucks with armed security personnel arrived, as seen in a livestream of the strike by labor rights group Central. Local officials continued to speak to union workers and attempted to convince them to leave the spot.

The Phnom Penh Municipal Court decision from judge Ros Piseth, which was signed on Thursday but publicized during the strike Saturday morning, determined the strike illegal and threatened active NagaWorld employees on strike with “serious misconduct.” The text was read to strike participants over a sound system earlier in the day, but only resulted in cheers from the striking workers.

The company claimed in the decision that the union’s nine demands are still under deliberation in court and “have never been raised to resolve peacefully,” while also raising concerns about impacts to business and social instability.

According to an unofficial translation by Central, Piseth said that strikes are legal when a party in a labor dispute rejects the decision by the Arbitration Council, but he said the union raised new demands in its decision to strike that were not included in the dispute negotiations. Piseth continued that the union did not sufficiently meet with NagaWorld to prepare for the impact of the strike on its business.

Phnom Penh governor Khoung Sreng released a letter this afternoon once again calling for the strike to cease, this time as a violation of Covid-19 protocol as well as a violation of the law on peaceful demonstrations.

The letter, addressed to seven named union organizers, said that the striking workers failed to give written notice of their plans to demonstrate to provincial and municipal authorities. The Nagaworld union released a letter announcing the strike on November 24.

Authorities began placing barricades around Naga 1, the park in front of the building, and surrounding streets after reading the governor’s letter to strike participants around 2:30 p.m. Guards prevented anyone from entering and leaving, as well as approaching from Preah Sihanouk Blvd at the statue of the revered monk and Khmer dictionary author Chuon Nath.

A union member who requested anonymity confirmed that the strike would proceed tomorrow from 7 a.m. until 5 p.m., without commenting on whether they had security concerns.

According to the member, a Tonle Bassac resident, who also happened to be a husband of a union member, was asked by village chief Uch Sam Oeun to monitor Sithar. The resident immediately reported the chief’s comment to Sithar, who left the office. The union member who spoke to VOD stayed to observe the office after Sithar left, and authorities showed up on four motorbikes about 10 minutes after she vacated the office. Sam Oeun showed up shortly after, the union member said, asking about the man he ordered to watch Sithar.

Sithar, who was fired earlier this year in a layoff of more than 1,300 workers, sent a note late Friday night warning that the strike would proceed, even as Phnom Penh City Hall authorities urged the workers to delay their strike.

According to Sithar, the union met with Phnom Penh officials Friday morning, but Nagaworld officials weren’t present. Authorities offered to broker a meeting between the union and the company on December 21 and 27, but authorities would instead speak for the union without allowing workers to talk.

The union held an emergency meeting on Friday evening on whether to accept the city’s proposal and refused, she said.

Among the union’s demands, which were released with a strike notice late last month, they urge Nagaworld to rehire the more than 300 workers who haven’t accepted termination compensation, as well as a recalculation of their layoff pay and benefits to match the standards set in the Labor Law.

The union also asked the company for justice on layoffs and other labor disputes, dating back to a mass layoff of union workers in 2009. 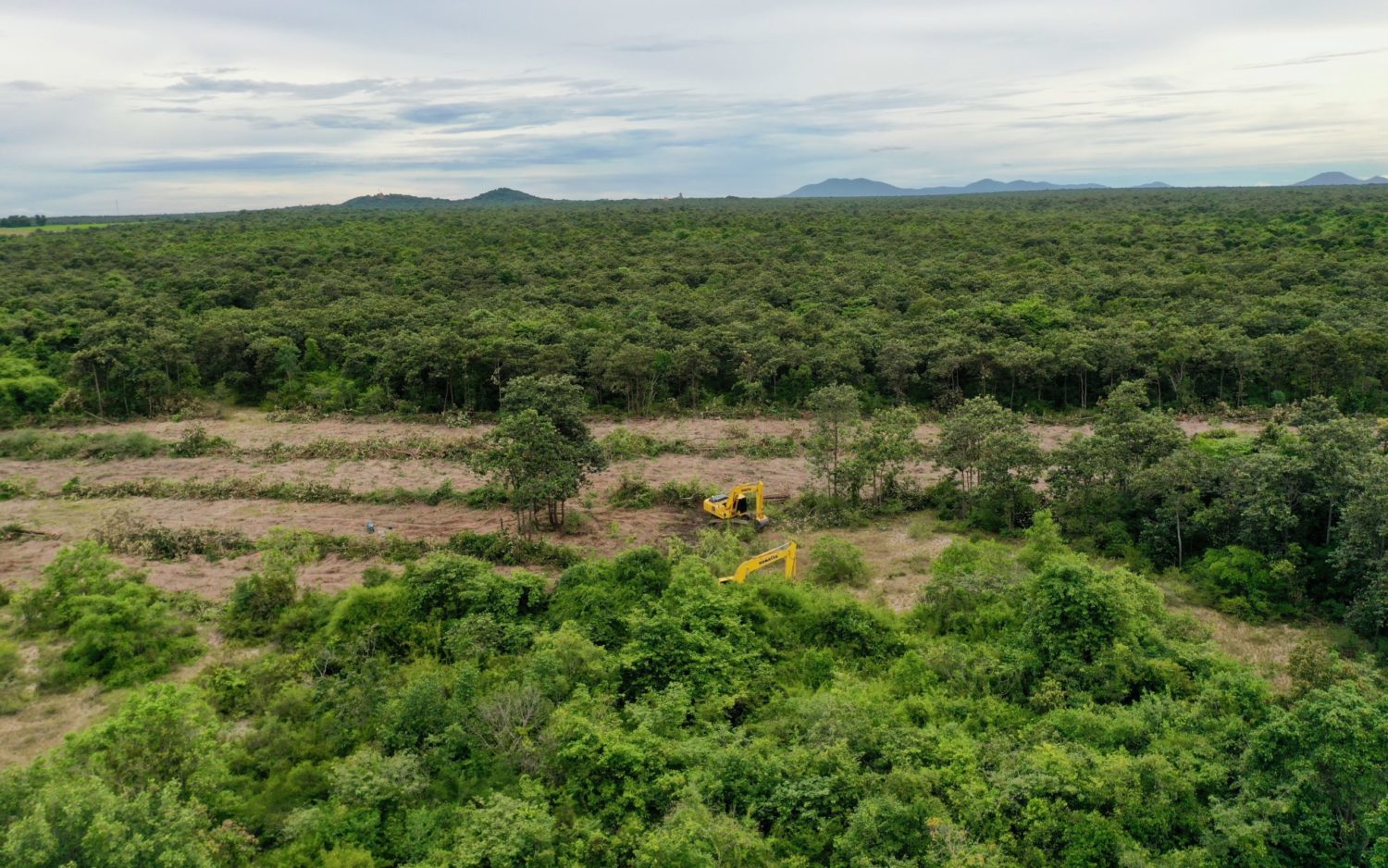