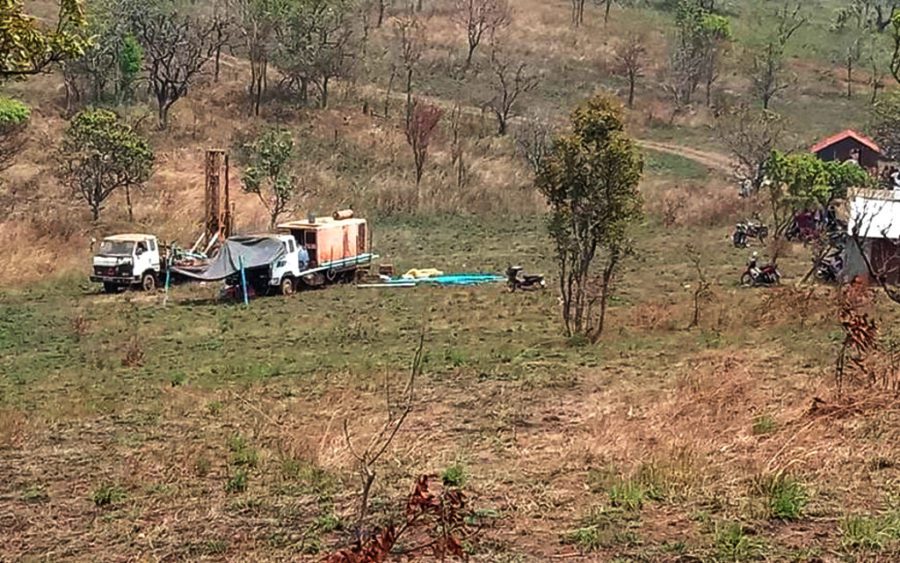 Mondulkiri mountain land that indigenous Bunong families allege has been sold off. (Supplied)

The protesters asked that the land be returned and turned into a designated cultural area so local indigenous families can continue with their traditional religious practices and rotational farming in the area.

Four representatives of about 100 indigenous families in Mondulkiri province came to Phnom Penh on Tuesday to file the petition at the Interior Ministry.

A land sale letter and the families’ petition names four people as sellers — Pleun Pyin, Nhev Mao, Prak Vanna and Pyeam Yoeun — and alleges the involvement of local officials in the sales. It says the mountain land was sold in 2020, and despite a court complaint in September, no action had been taken. Instead, local people had faced threats and intimidation, it says.

It also names Phnom Penh Municipal Police chief Sar Thet as the buyer of 11 hectares, and former Ratanakiri military police commander Kim Reaksmey as the buyer of 7 hectares. Reaksmey was fired in 2019 after social media users asked questions about his lavish gifts of $100,000 each in cash to five children at a wedding, and a large house apparently made of luxury timber, according to the Phnom Penh Post.

Neither Thet nor Reaksmey could be reached for comment.

Pyin, one of the alleged sellers, denied that she was involved in a land sale or that she knew Reaksmey.

Interior Ministry spokesman Phat Sophanit said he had received the indigenous people’s letter, and it would be reviewed.

“The next procedure is that we will send it to the general department of expertise to examine this case. Therefore, I cannot provide information or make a judgment on this case at this time,” he said.

Mop Chhing, one of the families’ representatives who came to Phnom Penh, said the families in Sen Monorom city’s Romnea commune wanted Interior Minister Sar Kheng to take back the two mountain areas as state property and preserve them as a cultural area for ethnic minorities so they can continue farming as usual.

“Do not allow it to be lost like that. If we can create a cultural village, we can earn money from tourists who stay there, and we can sell things like woven krama and bananas. We can earn money to support our community. I urge him to help resolve this issue as soon as possible so that it does not last long. And if it is not resolved, it has a lot of impact,” Chhing said.

Kroeung Tola, a coordinator for the Mondulkiri Indigenous Community Network, said the government should reclaim the land and take legal action against those who sold it.

“I think the law must be enforced, and there must be punishment, because those who sell mountain land, by the law, could face imprisonment of up to five years,” he said, citing the Land Law and its ban on trading state land as long as there is public interest in it.