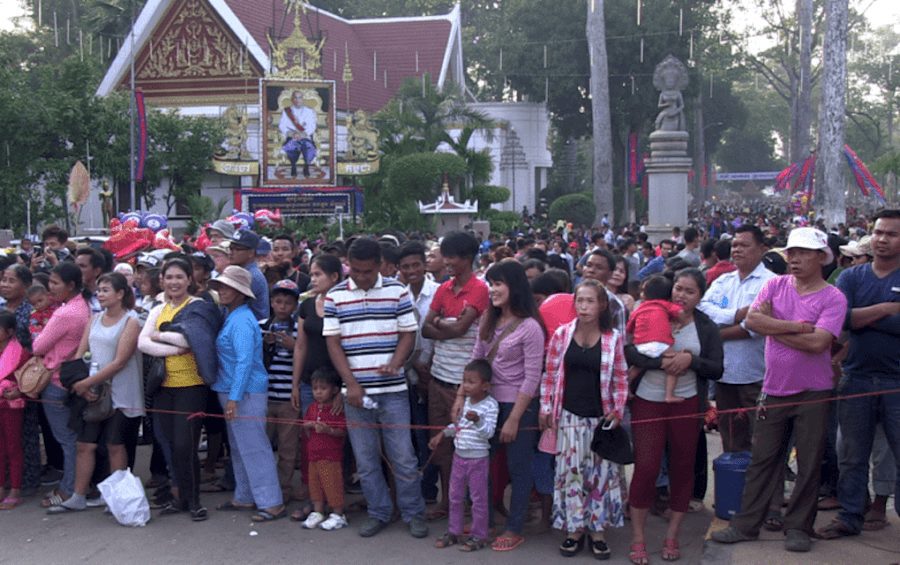 A crowd gathers by the Mekong River in Phnom Penh in 2018. (VOD)

Cambodia’s population has hit 15.2 million and Phnom Penh has grown 60 percent since the last census to reach a population of 2.1 million, according to preliminary census results released today.

The figures do not include Cambodians living abroad, a population estimated at 1.23 million.

Planning Minister Chhay Thorn said the results were preliminary but still fit for use, adding that final results would be released mid next year.

About 9,200 officers were employed to interview 3.7 million households over 11 days earlier this year.

The census also showed Cambodia’s population density to be 86 per square meter, lower than the Asean average of 126.

Kep province had the lowest population at 41,798.

San Chey, director of the Affiliated Network for Social Accountability, said he hoped to see more detailed questioning in future censuses, and said some census officers appeared too passive during the interviewing period.

In response, Hang Lina, director of the National Institute of Statistics, said some errors and passiveness could not be avoided, but they were within acceptable limits. Next time the institute would expand its questionnaires to capture the needs and hardships of the people, Lina added.