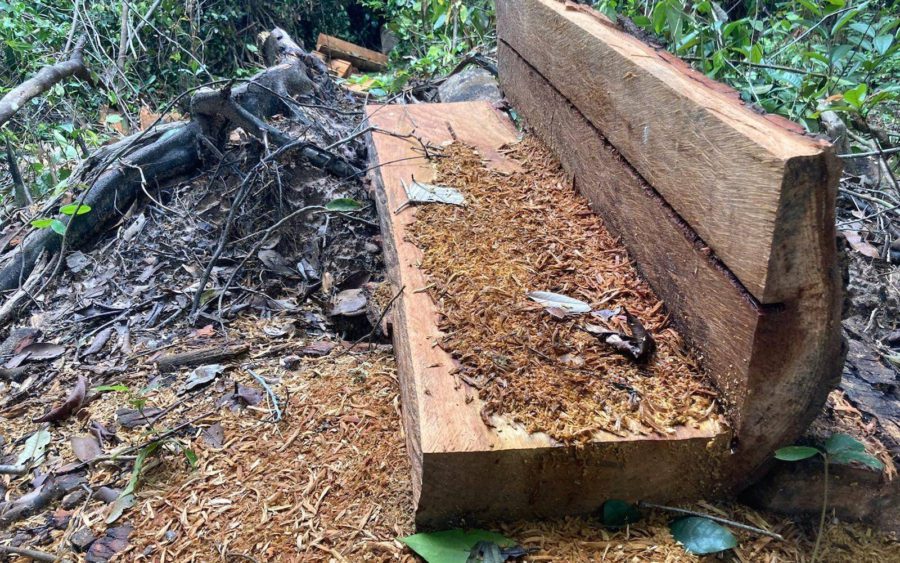 The Preah Vihear Provincial Court has summoned a forest activist for questioning for incitement over an unspecified complaint, which the activist believes is related to mobilizing people to patrol and protect the forest.

Investigating judge Pheng Kosal ordered Het Nay, a representative of the Prey Preah Roka Forestry Community Network, to appear at the court on February 23 for questioning for incitement. The accusation dates to 2020, the summons says, without specifying the nature of the complaint.

Chheb district governor Sok Sandara said he did not know the details of the complaint either, but Nay was well-known for being uncooperative with authorities and demanding community land from Chinese companies in the area.

“Nay has a tendency. He considers the Prey Preah Roka forest as his forest, regardless of the ministry’s authorizations. Whether community land or companies’ economic concessions, he always claims it’s his land. He does not cooperate with the village, commune, district or provincial authorities. He seems to have a different opinion from us,” Sandara said.

Nay patrolled in the forests without respecting local authorities, he added.

Nay told VOD on Tuesday that he was ready to testify though he did not know the identity of the complainant or the alleged offense.

He believes the case came after he mobilized people in the community, including monks, to patrol and prevent community forest crimes. He was particularly active in 2020, he said. Authorities had prevented people from meeting and discussing the actions, he said.

The activist called on the court to drop the charges, saying that all he did was protect the forest.

“This accusation against me is because someone hates us. They hate us as a forest protector who prevented them from logging,” he said. “The destroyers of the forest have many people. They have many factions. They have found a way to stop and prevent us from entering to protect the forest and protect the trees.”

Another activist in the Prey Preah Roka Forestry Community Network, Pean Sophat, said he saw the summoning of Ney as a threat to discourage the community from patrolling the forest.

“He did not incite anything. He just facilitated participation in protecting the forest to protect nature, which is in the common interest,” he said.

Rights group Adhoc’s Preah Vihear provincial coordinator, Lor Chan, said the case against Ney had initially been for fraud when it was in the hands of the court prosecutors, but had changed to incitement after it reached the investigating judge.

Prey Preah Roka, a sanctuary covering more than 90,000 hectares, has seen significant deforestation as community patrollers have been suppressed, a recent report said. A visit to the forest found marks of cuttings and clearings scattered through the sanctuary.