Problem Not US or WSJ, but Digital ‘Fake News’: Officials 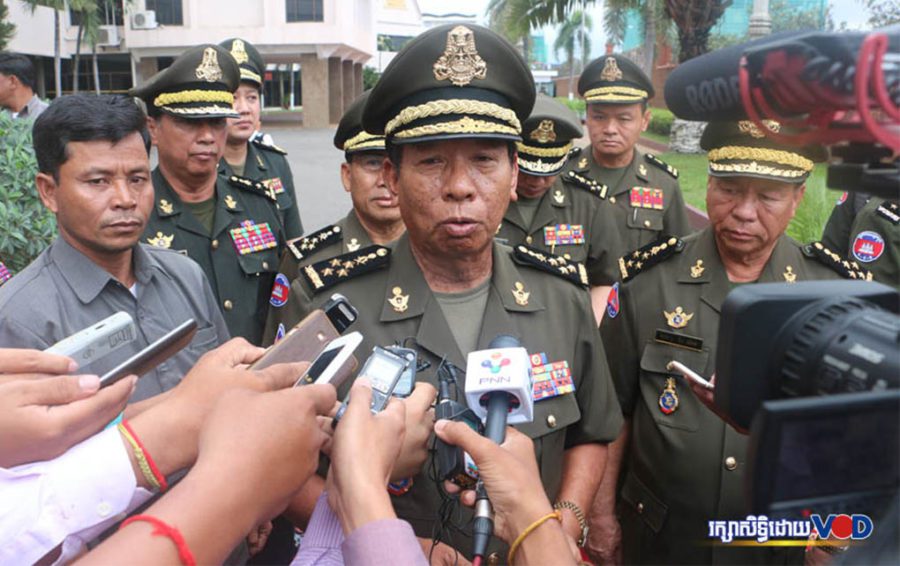 Senior Cambodian officials said they had no intention of suing an American newspaper over what they claimed were unsubstantiated accusations of a military base deal with China, instead saying the problem was unregulated digital news circulating around Cambodia.

The Wall Street Journal this week reported unnamed U.S. officials as saying a secret deal had been struck between China and Cambodia to allow Chinese troops at Preah Sihanouk province’s Ream Naval Base for at least 30 years.

Defense Minister Tea Banh said on Tuesday that the Cambodian government had no plans to sue since there was nothing new about the article, which he said was simply the latest in a long line of false reporting.

Meanwhile, the U.S. was simply pursuing its usual political agenda, he said.

“It is not a new thing. It has kept going since a long time ago,” Banh said.

Foreign Affairs Ministry spokesman Ket Sophann said officials would contact the Journal’s publishers to see if they had been misled into publishing made-up information.

But more importantly, the Cambodian government would continue its work to steer people away from “fake news,” he said.

“This is the time of information technology, when some news sources can be called ‘fake news.’ So we will continue to explain what is the truth and to prevent fake news,” Sophann said.

Prime Minister Hun Sen has repeatedly called for action against the spread of “fake news” in Cambodia, including urging the creation of a targeted law earlier this year.

Previous attempts at drafting a Cybercrime Law have been criticized for focusing on statutes that would curtail freedom of expression. Other recently enacted legislation such as a lese majeste law has been used to imprison Facebook commenters.

The Journal did not respond to a request for comment.

U.S. Embassy spokeswoman Emily Zeeberg has said that the U.S. is concerned that any moves by Cambodia to allow a foreign military presence would lead to “disrupting peace and stability in Southeast Asia.”

Chinese Foreign Ministry spokesman Geng Shuang told a press conference on Tuesday that the cooperation between China and Cambodia was open, transparent, equal and mutually beneficial.

He asked all parties not to exaggerate the relations between China and Cambodia.

Suspicions of military cooperation between the two countries have escalated since Cambodia canceled joint exercises with the U.S. and Australia in 2017 in favor of training with China.

The Cambodian economy has also become increasingly reliant on Chinese investment, which has outpaced those from other countries in recent years. About $3.4 billion out of $7 billion in total public debt was owed to China by the end of 2018, according to the Finance Ministry. The U.S. as well as World Bank economists have since warned of ensuing economic risks due to the imbalance.

Two sites are now under suspicion as being primed to host Chinese troops: the airfield and a potential port at Koh Kong province’s Dara Sakor, part of a massive tourism development by Chinese firm Union Development Group; and Ream Naval Base in Preah Sihanouk.