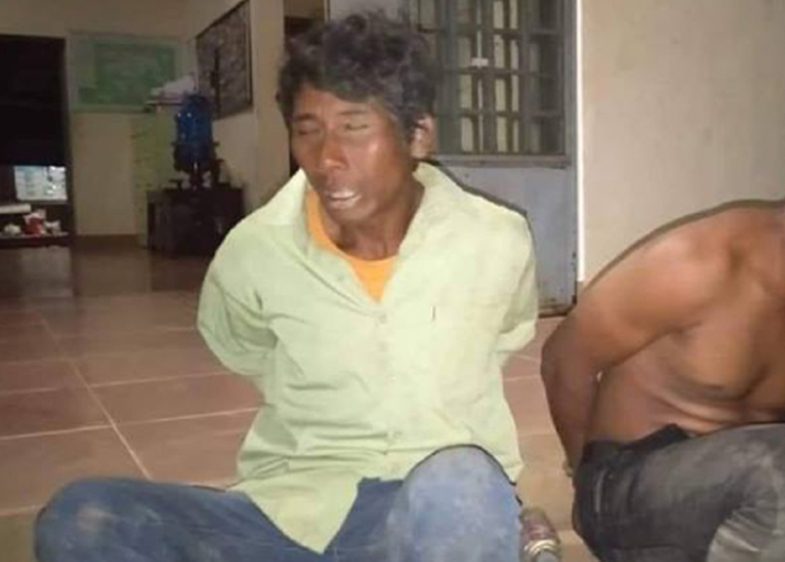 Preah Vihear provincial prosecutor Ty Sovinthal has threatened to take legal action against whoever “instructed” missing land-dispute activist Sum Moeun to escape from police custody almost two months ago, even as the activist’s wife continued to question the official account of events.

Soldiers from the military’s Brigade 6 on Jan. 20 arrested 15 villagers who were holding a protest in their land dispute with the Metrei Pheap company in Choam Khsant district’s Yeang commune. Fourteen of the group remain in prison but Moeun has been missing since shortly after the arrests when he allegedly managed to escape from police custody.

Sovinthal, the prosecutor, said that he believed someone had advised Moeun to run away from police and go into hiding in order to “put blame” on the authorities and said that the detention of the 14 others was related to an environmental crime and not to the Metrei Pheap land dispute.

“There is someone instructing from behind. When we arrest [Moeun], we will find out who is behind it and take legal action, because there is a law about concealing, colluding to provide information and giving advice about escaping with the intention to put blame on the authorities,” he said.

Sovinthal added he would fight to ensure that the other 14 villagers were not given bail given the alleged seriousness of the case.

“My side won’t allow those detainees to be bailed. The judge has the right to give bail, and let them do that—that is their right—but I reserve the right to appeal, because they have created a lot of fake information.”

The missing activist’s wife, Phu Phim Mao, rejected the prosecutor’s claims that her husband had been assisted in his alleged escape, explaining that since he had gone missing she had not got received any word from him and now no longer even knew if he was dead or alive.

“The district governor asked me, yesterday, saying they already knew that Sum Moeun is hiding in the jungle. I replied: If you know already, find him. If you find him anywhere, just tell me and I will meet him,” she said.

“I am suffering every day and no one helps me to care for the children,” Phim Mao continued. “I am suffering a lot and have almost no rice to eat, but they turn to accuse me of hiding my husband. Where am I hiding?”

“Regarding the disappearance of Sum Moeun, if the prosecutor said someone was behind this and advised him to escape, then the prosecutor should do an initial investigation to find out who this person in the background is, and question [them]. Let’s have some questioning about this,” Chan said.

“Partly, I am afraid that it was all not like what the prosecutor said. This is an excuse to avoid the news from spreading out to the world.”

More than 200 villagers have been involved in dispute over more than 8,500 hectares with Metrei Pheap. On Jan. 31, they gathered to protest and to request intervention in the case from Prime Minister Hun Sen, seeking the release of 14 people and a solution to their land dispute.