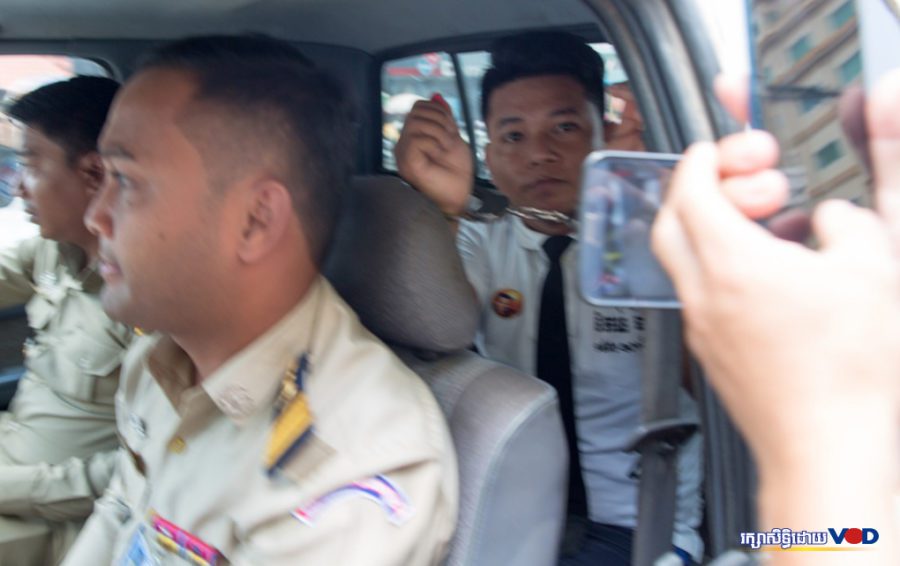 Youth activist Suong Neakpoan was today charged with incitement and placed in pretrial detention for distributing leaflets at the Phnom Penh gas station where political analyst Kem Ley was murdered three years ago.

Defense lawyer Sam Sokong told VOD that Neakpoan was sent to Prey Sar Prison after the Phnom Penh Municipal Court charged him with incitement to commit a felony. The charge carries a potential jail sentence of six months to two years, and has been widely used in recent years against critics of the government.

“For me, as a lawyer, I consider that the facts don’t link up to the charge of incitement, because my client went to the gas station simply with the intention of participating in marking the murder of Kem Ley,” Sokong said. “He is also a god-nephew of Mr. Kem Ley.”

Neakpoan was arrested at the Caltex on the corner of Monivong and Mao Tse Toung boulevards on the three-year anniversary of Ley’s murder. He was seen handing out leaflets calling for an end to extrajudicial killings.

Ley was shot dead on July 10, 2016 while drinking his morning coffee at the gas station, in a case that galvanized massive public support for the popular radio commentator.

On Thursday, activist Kung Raiya was also charged with incitement and placed in pretrial detention at Prey Sar. Raiya had printed T-shirts with Ley’s face and his words: “If you do nothing, you will certainly suffer; it is just not your turn yet.”