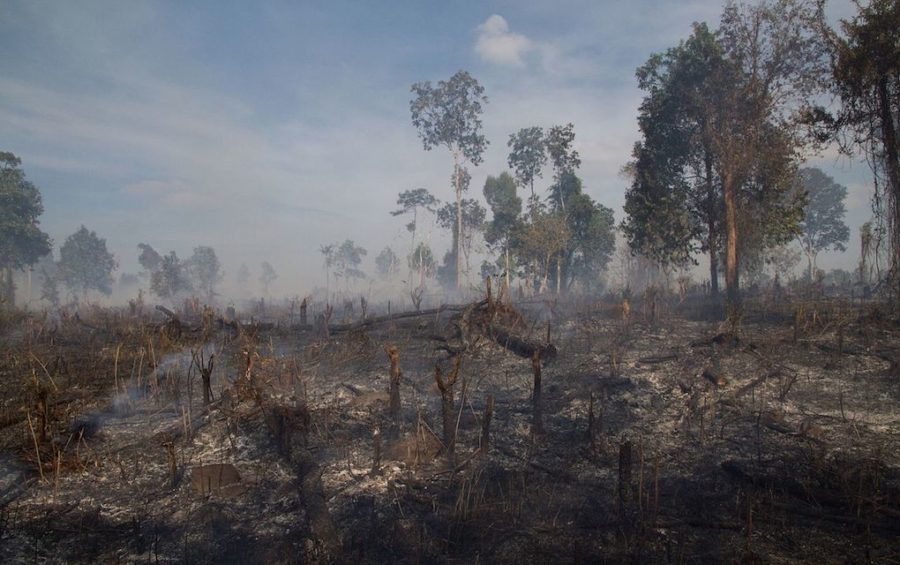 A senator accused of land grabbing in Mondulkiri province has written an apology to Prime Minister Hun Sen about his “mistakes in the past,” promising to “learn and practice following Samdech’s wisdom for the rest of my life.”

Noy Sron is one of 10 public officials implicated in encroaching protected areas in Mondulkiri by an inter-ministerial investigation in August. A subsequent letter to Hun Sen recommending appropriate penalties advised that Sron be removed for using his position and power to instruct local officials to sign illegal land documents.

In a letter submitted to the Council of Ministers, Sron denied that he had actually controlled any of the land in question.

“I would like to inform Samdech Prime Minister Hun Sen that I never controlled the 531 hectares like the Pu Hoam village chief and Sen Monorom commune chief in O’Raing” district alleged, he wrote.

“In order to end the issue, I would like to remove myself from involvement in the 531 hectares and hand it over to the people to control and use.”

Sron added that he would recommit to serving the country and party.

“I would like Samdech prime minister to be understanding about my mistakes in the past, and I will commit to working hard to learn and practice following Samdech’s wisdom for the rest of my life for the cause of the nation, country and the party,” he wrote.

The letter was received by the cabinet on September 23 and circulated this week.

Reached over the phone on Tuesday, Sron said the premier accepted his apology.

“The issues have ended with [me] receiving a warning and the blame,” he said. “My case already ended and [I’m] no longer involved. Samdech has signed my letter.”

Sron said Hun Sen had responded with an acceptance letter on September 28, and he had a meeting on the same day with the Senate’s president, first vice president and second vice president, who educated him over his actions.

Senate spokesperson Mam Bun Neang said the anti-corruption and ethics committees would investigate the claims and discuss a suitable punishment for Sron.

Because Sron was protected by parliamentary immunity, they would also discuss whether he needed to be stripped of the privilege, Bun Neang said.

“Senators and National Assembly members have immunity based on the law and Constitution,” he said, adding that there were questions of “whether this case [should] impact his immunity or not and at what level he should be punished.”

A district governor was earlier transferred from his position as punishment for his involvement in Mondulkiri land encroachment.

Interior Ministry spokesperson Khieu Sopheak said the Koh Nhek district governor, Sin Vannvuth, would be required to show up at the Interior Ministry’s staff department every working hour. And when he had improved himself and the state needed him, he could get another position.

“This is a decision to awaken the spirits of all officials who are exploiting loopholes,” Sopheak said.

Meanwhile, a court document dated Friday says the deputy chief of the national border police department, Pov Sothearan, has been placed in pretrial detention in connection to the illegal encroachment of forest land in O’Raing district’s Dak Dam commune.

Mondulkiri Provincial Court spokesperson Meas Pros said Sothearan was being held in the provincial prison, and his case was related to the 10 other public officials identified by the inter-ministerial investigation. The court would be investigating the involvement of other parties, he said.