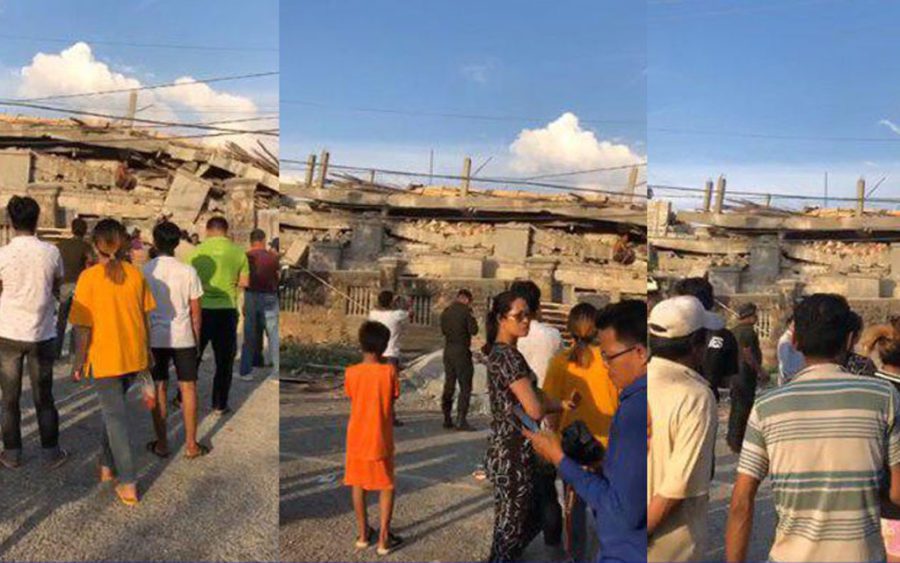 The site of a building collapse in Kep province on January 3, 2020. (National Police)

A seven-story building under construction collapsed on Friday in coastal province Kep, with about 20 workers believed to be trapped under the debris.

National Committee for Disaster Management (NCDM) spokesman Keo Vy told VOD on Friday afternoon that a rescue team was helping the victims, and had so far rescued five people. Vy said it was believed that about 20 others were trapped.

The building under construction is located in Kep commune of Kep city. It collapsed at around 5 p.m., according to Yun Phally, the provincial coordinator for rights group Adhoc.

Ken Satha, governor of Kep province, said he has not received any details about the number of victims and that officers were working on the case. “Our working group will subsequently update on the case,” he said.

In June, 28 people were killed and 26 others injured after an under-construction, seven-story building in Sihanoukville collapsed on top of them.