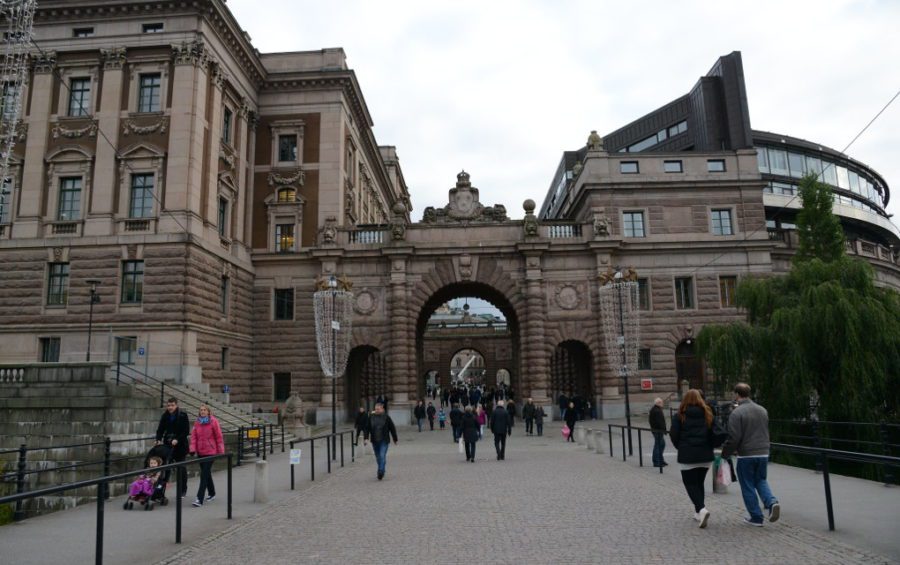 Six Swedish parliamentarians urged Prime Minister Hun Sen in an open letter to allow acting opposition leader Sam Rainsy and other top party officials to return to Cambodia “without harassment or repercussions of any kind.”

Rainsy, who has been living in exile in France since late 2015, in August made his latest promise to try to return to Cambodia on November 9. More than 30 members of his outlawed CNRP have been arrested since, charged with “plotting” and accused of supporting a coup attempt.

“Mr. Prime Minister. The issue here is not to take the side of one political party or another but to ascertain freedom of thought and expression for all citizens,” the letter from the six members of Sweden’s 349-member Riksdag says.

“We, the signatories, request respect for the right of return of the seven CNRP leaders in exile to their homeland without harassment or repercussions of any kind,” it says, referring to a group of politicians living abroad since the party’s dissolution in November 2017.

The letter also called for the reinstatement of the CNRP and release of political prisoners, including party leader Kem Sokha.

Sokha, who was arrested in September 2017 over accusations that he was trying to topple the government, is living under de facto house arrest in Phnom Penh. The Supreme Court dissolved the CNRP eight months ahead of a pivotal national election.

Eriksson told VOD on Wednesday that she had been closely following developments in Cambodia for two years and had visited the country alongside colleagues to study the situation.

“Defense of democracy and human rights is my first and foremost political interest and a priority in my government’s foreign and international development cooperation policy,” Eriksson said. “Human rights are universal and know no restraining borders.”

Government spokesman Phay Siphan, however, said the government would pay no attention to the letter, which he considered uninformed.

“Their statement did not show that they clearly understand the issues in Cambodia. That is regretful. They should have come to clearly study what has happened,” Siphan said. “So that statement is not useful, [and does not require] the government to pay attention.”

The Cambodian government had done everything in accordance with the law, he added.

The only appropriate role for foreign states was as a partner in development; they had no right to give orders to Cambodia, Siphan said.

The E.U. in February embarked on a review of Cambodia’s access to its “Everything But Arms” trade scheme over an alleged deterioration in democracy and human rights.

“We will be taxed,” Sovannara said.

Exporters would struggle to keep up with rising expenses, causing economic development to slow, he said.

“So the concerns raised by the European communities are also conditions and duties for Cambodia,” Sovannara said.