Soldiers Who Shot Farmer Were From Training School: RCAF 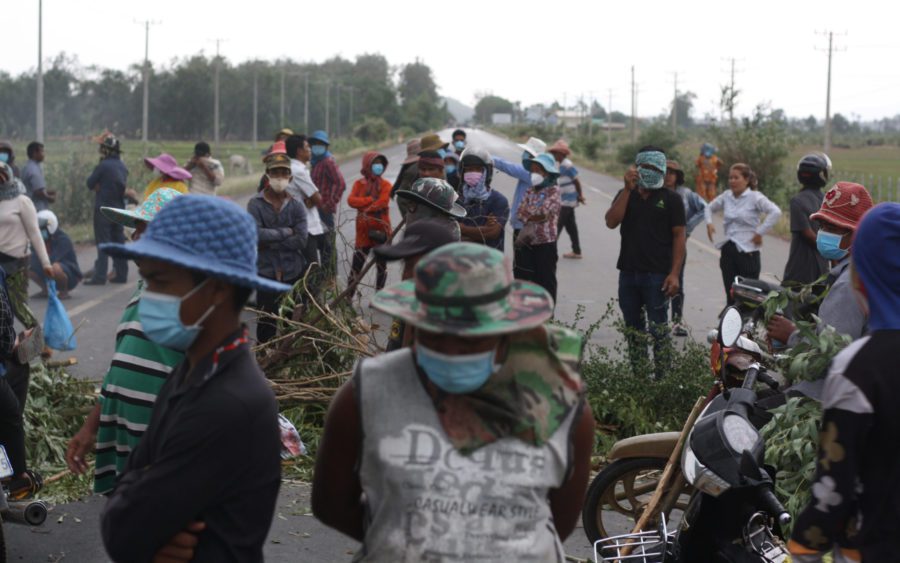 An armed forces spokesperson said on Friday that the group of soldiers that fired when confronted by farmers in Kandal province, hitting and wounding one, were from a Defense Ministry technical school, though he did not clarify whether they were trainees.

Soldiers fired at the farmers on Thursday morning when the villagers tried to stop the military from digging fields they say they had farmed for decades. The Defense Ministry is trying to reclaim the state land, and has been digging trenches to demarcate the area. The farmers say they were promised compensation but no offers have been made.

Royal Cambodian Armed Forces spokesperson Thong Solimo said on Friday that the 280 hectares had been granted to the Defense Ministry by sub-decree, and the soldiers who were now stationed there were part of the ministry’s technical school.

The soldiers had brought heavy machinery to dig the border trench on Thursday with advance approval from Defense Minister Tea Banh and local authorities, he said.

The purpose was to find out who disputed the military’s claim to the land, Solimo said.

“They held wooden sticks and Molotov cocktails to burn the military’s machinery, so they shot into the sky and the ground to prevent them from burning the machinery — and we regret it and we do not want this issue to happen, and this is because we do not understand each other,” he said.

Video from the day posted online appears to show a Molotov cocktail thrown at one of the excavators as soldiers fire in rapid succession. Many villagers stood their ground despite the shooting.

Defense Ministry spokesperson Chhum Socheat said a committee was looking into the incident. The government had granted the land to the ministry to build military facilities for the ministry’s technical department, Socheat said.

He added that officials were working to solve the dispute with residents.

“We need to solve it through the law, but they made demands, causing the confrontation. … I have not received more clear information yet,” Socheat said. “We will try to solve it and compromise on the issues reasonably, and will punish the ones who committed wrong. We do not support illegal actions.”

Socheat would not answer when asked about previous shooting incidents in 2018 and 2019.

Solimo, the military spokesperson, said of the previous incidents: “If there is a case, and they investigate and find that soldiers have committed wrong, the soldier must be disciplined under the law and military status, and never let anyone get away with it.”

Toul Pich commune police chief Chith Sophea said the villagers had once again gathered on Friday at the site of the shooting in case soldiers returned with excavators.

Several videos have been shared on TikTok appearing to show various stages of the confrontation between soldiers and farmers. Some show a two-star general apparently telling the villagers that he is in charge. A villager says in one video: “This is too oppressive against the people. I’m just frankly saying, brother, that if you move the earth, people will not accept it. If there are 10 excavators to move the earth, those 10 will be burned.”