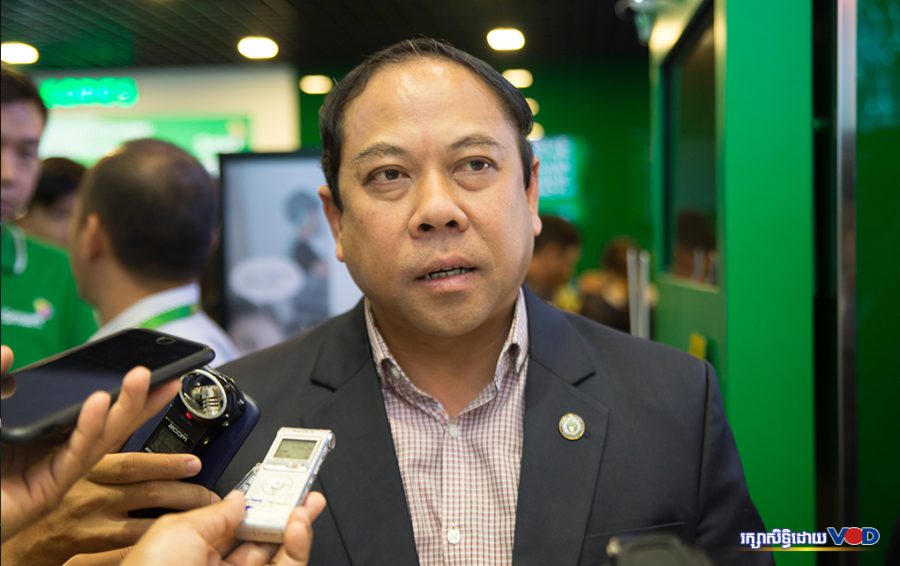 Telecommunications firm Smart made a push for 5G’s approval on Monday with a live demo and a “guarantee” of privacy, but the governmental regulator remained unmoved, saying it was still studying how best to control the technology.

Smart Axiata CEO Thomas Hundt displayed a range of potential applications for the next-generation mobile network technology — which is being developed by under-fire Chinese manufacturer Huawei — including demonstrations of supposedly faster connection speeds and video streaming.

“We can start in a couple of weeks from a technical standpoint, no problem,” Hundt said. “But we obviously need help from the government.”

Prime Minister Hun Sen announced an agreement with Huawei to bring 5G to Cambodia during a visit to China in April.

In other countries, such as the U.K. and Japan, the rollout of 5G has been delayed amid the U.S.’s trade war with China, which has caught Huawei in the crossfire with accusations of stealing data for Chinese intelligence.

Hundt responded to the issue of securing customers’ data by saying that Smart would “guarantee” the privacy of its customers.

Hundt made the guarantee despite a government decree last year ordering that all internet traffic must pass through state-owned Telecom Cambodia’s Data Management Center.

Telecommunication Regulator of Cambodia chairman Moa Chakrya said he had yet to approve the full use of 5G because the government was still studying techniques to control the technology.

There were also concerns about the high cost of the necessary equipment and other potential impacts, he added.

Asked about security, Chakrya said no internet system was secure.