‘There Will Be More of These Surges,’ WHO Warns Region 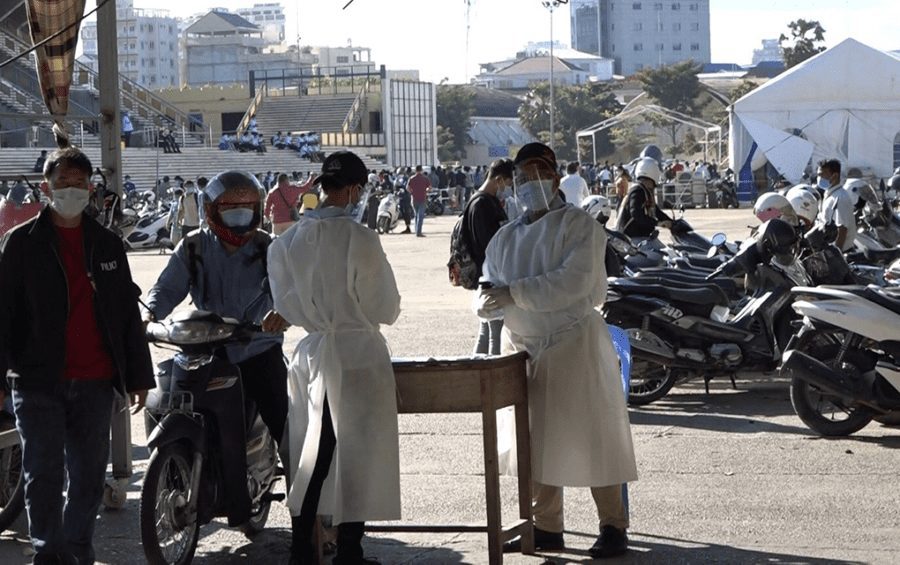 Increasing travel by people in their 20s, 30s and 40s, the emergence of new Covid-19 variants, and a global vaccine shortage are among factors that are prolonging the pandemic and will lead to further coronavirus outbreaks in the region, the World Health Organization said on Wednesday.

“Cambodia is now facing a very important moment to push back the virus,” Western Pacific regional director Takeshi Kasai said in a video conference with journalists.

WHO had been tracking the country’s recent surge of Covid-19 cases, and noted that many were not “linked to other cases,” Kasai said.

The cases suggest the virus has spread beyond authorities’ tracing efforts. Cambodia currently has 1,064 active Covid-19 cases, with 91 more announced on Wednesday. The “February 20” outbreak — the country’s worst to date — has led to its first official deaths from coronavirus.

Last night, the Cambodian government announced a travel ban for two weeks, including the holiday period when many residents typically travel home to their hometowns for the annual celebration.

Cambodia’s vaccination program, meanwhile, has reached about 420,000 people for first doses in about two months, out of a target of 10 million people, according to the latest Health Ministry data. The country has obtained over 3 million doses of vaccines through donations and purchases.

Kasai said Cambodia’s vaccine rollout was “facing some challenges as many other countries around the world, coming from the gross shortage of the vaccine.”

WHO would continue to work with Cambodia — which Kasai said had shown “very strong actions and leadership” — to make sure the country gets enough vaccines and that they are distributed to the communities most in need, he said.

“I understand that people are sick of this pandemic. I am too. But despite this fatigue we must continue with basic prevention measures, at least until the majority of people in every country has been vaccinated,” Kasai said.

The region had seen an increase in cases, attributable to new variants that spread more easily, the relaxation of public health measures in some areas, and increased movement of people in their 20s, 30s and 40s, he said.

“There will be more surges. The virus is still circulating, and we simply can’t let down our guard — not yet,” Kasai said.

WHO officials also spoke on concerns surrounding the safety of the Oxford-AstraZeneca vaccine, which essential medicines coordinator Socorro Escalante said had shown to be unfounded; and vaccine passports, which regional emergency director Babatunde Olowokure said WHO did not recommend because vaccinated people might still be able to transmit the disease, and such passes could lead to inequities in vaccine distribution.

Correction: An earlier version of this article misstated the dates of Khmer New Year.