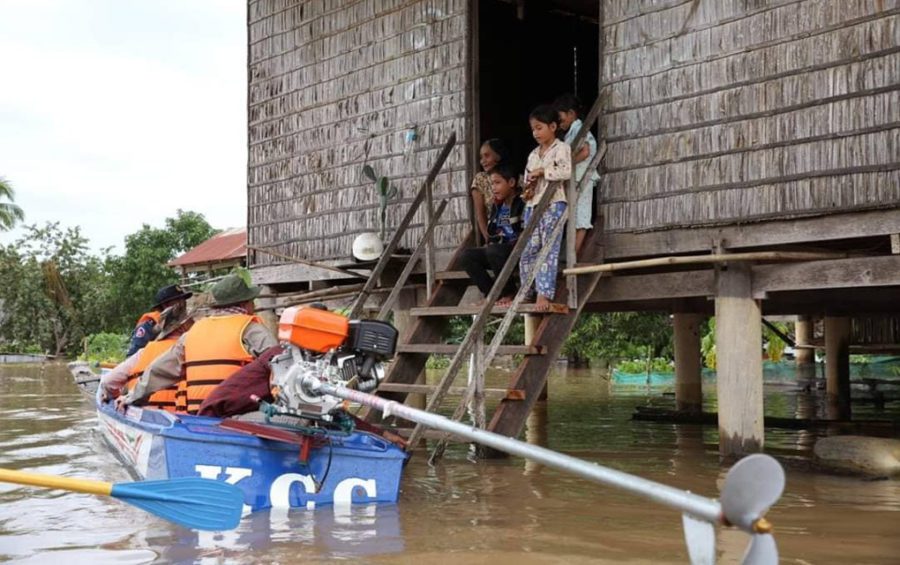 Twelve people, including six children, have died and more than 10,000 families evacuated across seven provinces in the past two weeks due to severe flooding, officials said.

Among the dead, some had drowned in rivers, some in ponds and streams by their houses, and in one case a child was swept up in floodwaters after riding a bicycle near a dam, he said, urging parents to be more careful.

“We are very regretful that the number of deaths reached 12 people after this flooding. I would like to appeal to all people to be careful, especially with the safety of children when the water is rising,” he said.

Five people were also bitten by snakes around the flooded Mekong, Vy added.

In addition, 323 schools, 153 pagodas and 28 health centers were also flooded.

“We provided medicines, food … in a timely manner because all these things were already stocked in the provinces. People with moderate illnesses, we treated on the spot. If there were any serious cases, we have the means to send them to the provincial referral hospital,” he said.

The committee had yet to estimate the monetary damage from the flooding, and would soon meet to discuss recovery efforts once waters receded, the spokesman added.

Yi Vannak, governor of Kampong Cham’s Koh Sotin district, said the Mekong had flooded some communes in his district and 72 families had been evacuated.

“The authorities are ready with forces and will intervene if necessary,” Vannak said. “We had a river bank collapse last year so we have to be ready.”

The government has issued two notices this month ordering ministries and local authorities to be on alert for flood damage, the first on September 4 and the second on the 10th.

The Mekong was expected to recede in Stung Treng and Kratie, the ministry said.