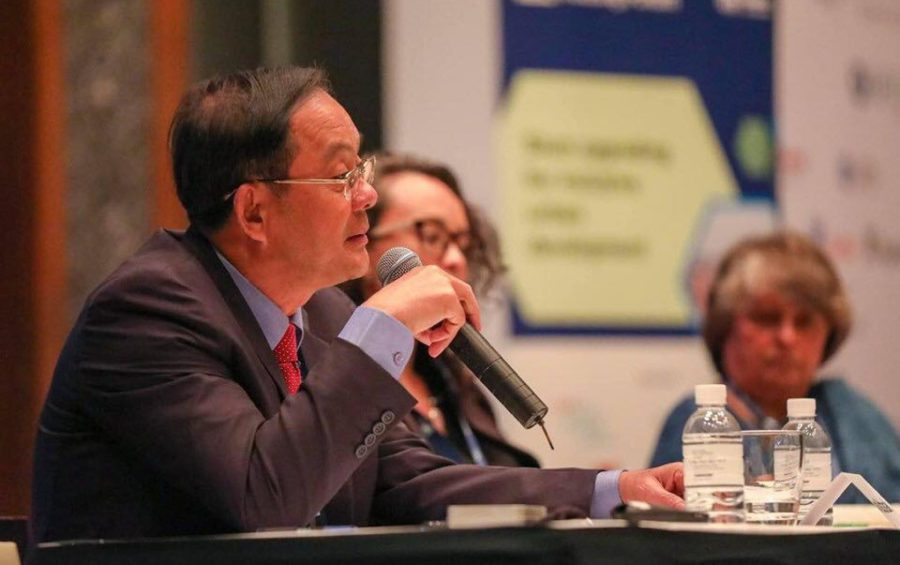 Battambang governor Nguon Ratanak, in a photo posted to his Facebook page on September 18, 2019

At least two provincial governors have banned their civil servants from taking leave or going overseas until November 13, citing orders by the Interior Ministry.

Banteay Meanchey governor Um Reatrey in a letter on Thursday announced that officers on all levels down to the commune would be barred from taking leave until November 13, except for serious illness, effective immediately. The letter does not cite a reason.

The order comes ahead of the announced return to Cambodia of former Cambodia National Rescue Party (CNRP) acting president Sam Rainsy and other senior leaders on November 9.

Reatrey declined to give further details on the instructions.

The letter said the order was made in accordance with instructions from the Interior Ministry.

Nguon Ratanak, Battambang provincial governor, said he received similar instructions but had not issued an instruction to his officers yet. “We got the letter already and will disseminate the ministry’s letter to the district level,” Ratanak said.

Meanwhile, the governor of Kampong Thom, Sok Lou, said he has not received any instructions from the Interior Ministry to ban his officials from taking leave.

However, Lou said he had disseminated information to civil servants about the alleged planned coup by Rainsy and said he would take legal action if any of his civil servants or other people supported the return of the opposition leader.

Rainsy and eight other CNRP leaders were charged on September 26 with attack, which carries a jail sentence of up to 30 years, while more than 50 former CNRP members have been charged in the past two months for plotting, which is punishable by up to 20 years for those holding a position of public authority and up to 10 years for others.

“No matter what the cost will be, we will not allow any person to destroy the peace in our country,” Lou said.

“It is a human rights violation and violates the people’s rights,” he said. “Even though they are civil servants, they are also people and the ban from taking leave or travel overseas in this circumstance is a restriction of their freedom.”

Former CNRP senior officers, who fled the country following the forcible dissolution of their party in November 2017, announced they would attempt to return on November 9.  On October 22, Rainsy announced he would “liberate the country” and asked people who live overseas, such as migrant workers in Thailand, to join him when he returns.

On October 26, Interior Minister Sar Kheng in a Facebook post said that Rainsy’s plan was a “rebel movement” and would lead to the destruction of peace and national division.