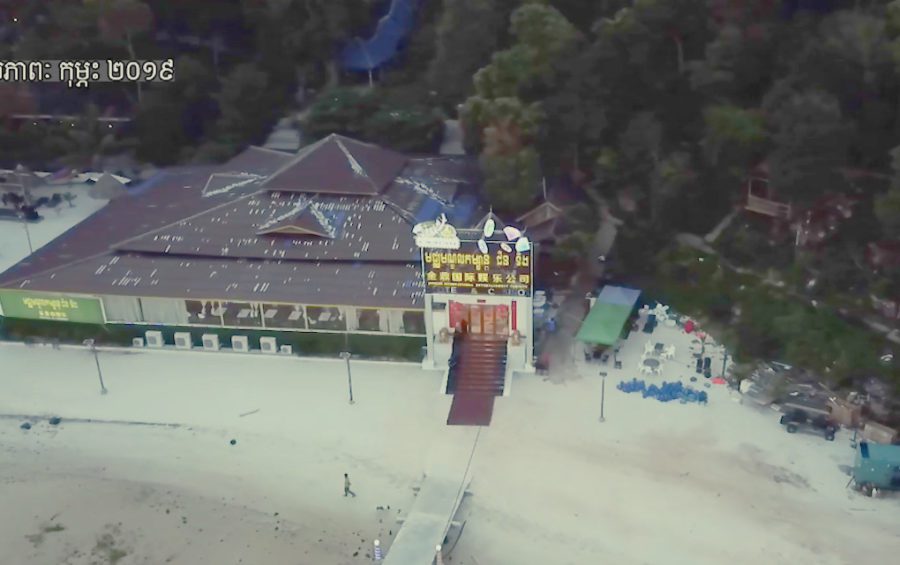 The Chinese owners of a Sihanoukville casino leaking streams of wastewater into the ocean have been threatened with arrest by provincial authorities, who say the resort complex is being built illegally and despite repeated official warnings.

Phearum accused the casino’s owners of violating three laws: constructing buildings without permission, running a gambling operation with an expired license, and draining wastewater into the ocean. He said he expected the court to side with officials and for arrest warrants to be issued if the owners did not comply.

He said officials had twice since March gone out to the construction site and forced them to cease construction but that they had later continued building the casino.

“When the construction was ongoing, authorities at all levels went out there to prevent it — but subsequently, they still did it in secret,” Phearum said. “That’s why we see they have had no intention to obey Cambodia’s laws from the start.”

Asked why authorities had been unable to enforce their orders, Phearum said that the island was about a 20-kilometer boat trip from the Sihanoukville mainland and there seemed to be “loopholes from authorities at the local level” on the island, in Sihanoukville’s Koh Rong commune.

Representatives of the Jinding Entertainment Center could not be reached.

Mother Nature, an environmental group that has led a campaign against casinos in Sihanoukville leaking sewage and other waste, had previously raised the issue of the island casino leaking waste and operating illegal gambling services.

A local activist from the group who asked not to be named for fear of reprisals said they believed the casino was not only on the wrong side of the law for failing to accede to orders from officials but was likely also being built on state land.

“That is a criminal offense and an offender could be sentenced to between one and five years in prison based on the Article 259 of the Land Law,” the activist said.

Cheab Sotheary, a coordinator for rights group Adhoc in the province, said the outbreak of controversy between Cambodian authorities and Chinese investors over alleged violations of the law was an increasingly common issue.

She said officials should make an example of Jinding to send a message that Chinese casinos in the coastal province have to comply with Cambodian law.