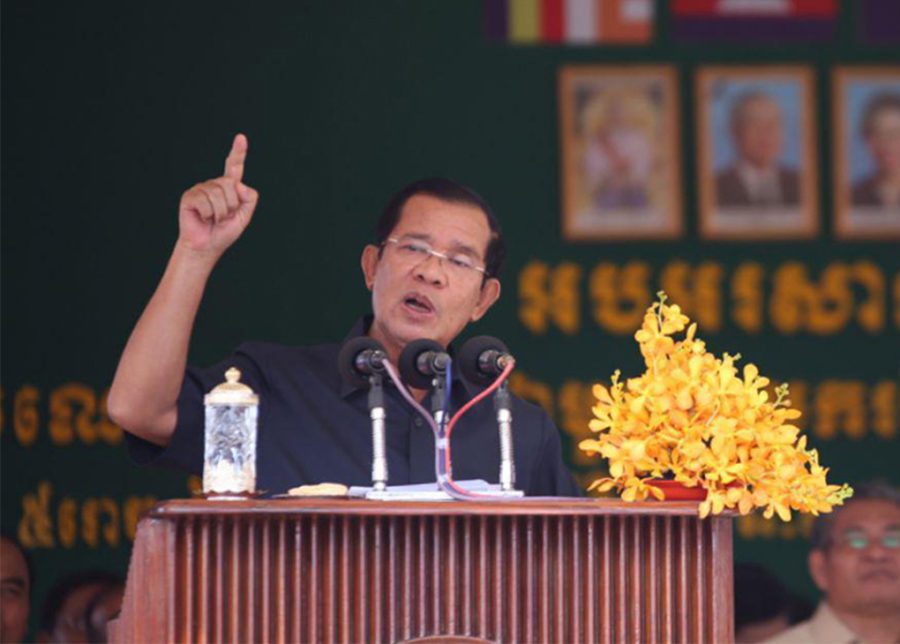 Prime Minister Hun Sen has ordered authorities to arrest any banned opposition politicians who hold public meetings, instructing officials to adopt an approach of “see one, beat one.”

In a speech to garment factory workers in Pursat province on Wednesday, Hun Sen said there had been opposition meetings held recently in Phnom Penh, the provinces of Banteay Meanchey and Preah Vihear, and elsewhere.

“Don’t speak carelessly—don’t think that I haven’t heard,” he said. “This time, [you will] be arrested.”

“Let [me] send the message throughout the country,” he added. “Frankly speaking, if [you] see one, beat one. This is my order.”

The main opposition CNRP was dissolved and 118 party members were banned from politics for five years in November 2017. In December 2018, the government passed a legal amendment opening the window for the former opposition members to apply for reinstatement.

“If you have not applied for political rehabilitation, you have no right to have a meeting with the people. See one, beat one. And see two, beat two,” he said.

The prime minister further encouraged former opposition politicians to seek his pardon. Nine have applied so far, with Hun Sen setting a deadline of the Khmer New Year next month.

In his speech, Hun Sen also rejected an accusation that he had spent hundreds of thousands of dollars to entice former CNRP members to break with their leaders and seek a pardon, saying they had no abilities and would be of no use to him.

Former CNRP president Sam Rainsy could not be contacted for comment. But on March 17, Rainsy wrote on his Facebook page that applying to Hun Sen for political rehabilitation while party co-founder Kem Sokha remained under house arrest amounted to participating in strengthening what he called a dictatorship.

Rainsy also encouraged his officers, saying the ruling party would be forced to restore democracy under international pressure.

“Soon! Under international pressure, Hun Sen will be forced to release Mr. Kem Sokha and allow the CNRP to resume again. So don’t be quick in selling out your wisdom to Hun Sen,” Rainsy wrote.

Young political analyst Ly Srey Sros said Hen Sen’s push for former opposition members to walk away from the party was an attempt to break up the opposition.

“This seems to be the strategy of the Cambodian People’s Party in breaking up the CNRP. It seems that it is producing results step by step,” Srey Sros said.

The U.S. and EU have led international criticism against the Cambodian government over the opposition’s dissolution, and have began processes that could suspend favorable trade preferences for Cambodia.