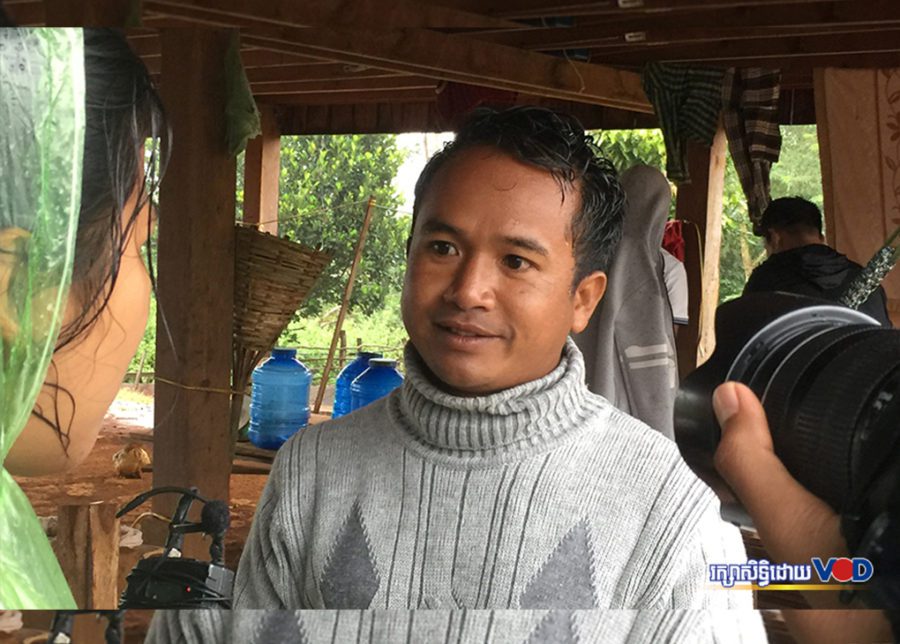 A Bunong man is bringing advanced organic farming techniques to his indigenous community in Mondulkiri province, an effort to improve livelihoods among people beset by the loss of their land and traditional ways of life.

The Bunong, who live in the forests of northeastern Cambodia, have faced severe disruptions to their lives in recent decades, including displacement during the Khmer Rouge era and the accelerated loss of land and forest since the 2000s due to economic land concessions granted to private plantations.

Samoeun Ratana, 31, said he had returned from his studies in Japan hoping that organic farming would empower the Bunong communities of Mondulkiri.

“This is the best way that we can help them,” he said.

After earning a bachelor’s degree in management in 2015 and working in the NGO sector, Ratana last year went to Japan to study agricultural management, seed production, community building and agricultural economics.

Ratana said he was now working to impart the value of producing organic vegetables, fruits and other crops to the indigenous communities in O’Reang district’s Dak Dam commune, in place of traditional subsistence farming.

“Firstly, we want to create jobs for our community, and find a clear market,” Ratana said. “Secondly, [we want to] improve families’ living conditions.”

More than 30 families had begun to practice organic farming, he said, growing crops such as passion fruit, coffee beans and cherries. Ratana is also planning to lead a group of young people to study agriculture in Japan for six months later this year.

“Frankly speaking, currently we still lack the products to supply to the market,” he said.

Seng Sao, deputy bureau chief of the provincial department of agriculture, forestry and fisheries, said he supported the increasing involvement of indigenous farmers in organic farming.

“Through NGOs and private companies, we will provide them with seeds, training and monitoring,” Sao said.

Sorn Chey, executive director of the Cambodia-based Affiliated Network for Social Accountability in East Asia and the Pacific, who works with indigenous people and ethnic minorities, said the knowledge and skills gained by indigenous youth would help communities adjust to the changing world and handle new challenges.

“They have the ability to learn quickly,” Chey said.

Dam Kunthy, head of the Highlanders Association—an organization advocating for indigenous people in the northeast—said it was important for educated indigenous youth to become leaders in their communities.

“We think that these are the only people who understand their traditions and cultures,” Kunthy said. “We believe we need to train and provide knowledge to more indigenous people in order to make them return to work in their areas.”