Cambodia’s Youth Plead for Action on Lack of Jobs 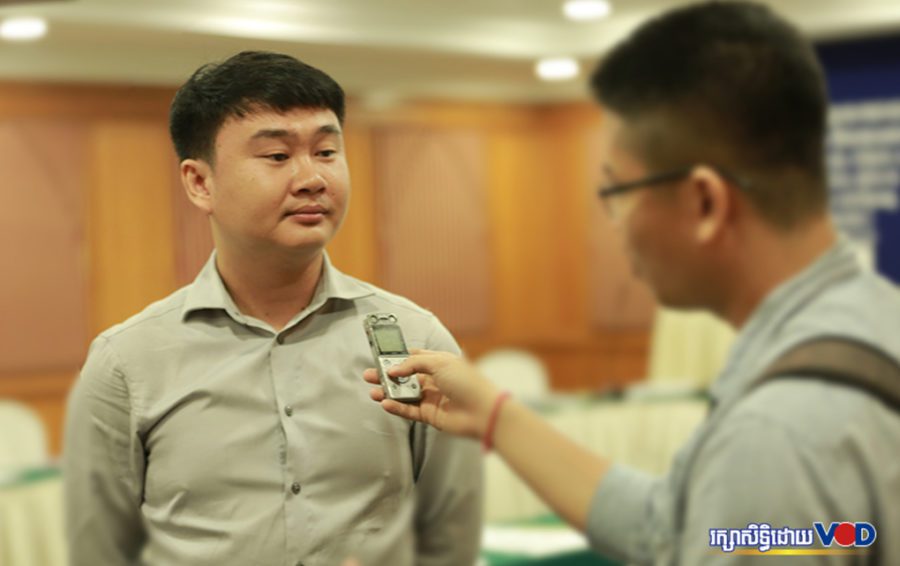 Young Cambodians expressed their frustrations over a lack of decent jobs, opportunities for further vocational training and the capacity of the country’s job agencies at a youth employment forum held in Phnom Penh on Tuesday.

The “Policy Dialogue on Youth and Labor” event was hosted by the Advocacy and Policy Institute (API), a group focused on promoting social issues in economic development, and found many young people were struggling in the job market.

The main issues were a lack of information about open jobs, a dearth of high- or even mid-level quality technical training institutions in Cambodia and the limited participation of the private sector in offering young people vocational training.

According to API research, 42 percent of young people in Cambodia say they face severe issues in entering the job market.

One student, Sreang Soriya, a university student living in Phnom Penh, said a lack of information about jobs available to recent graduates coupled with a scarcity of entry-level positions made it hard for many young people to support themselves.

The problems were exacerbated in rural provinces outside the capital, she said.

“For young people who live in Phnom Penh, it is not so difficult, meaning they know what companies are [available]. They even know about job agencies and also the job fairs — they know a lot of information,” Soriya told VOD.

Another participant, Heang Sovannara, said he found work at a law firm after an arduous search. But he recalled the difficulties he faced in finding a job that fit his training after graduating, because he did not know where to look for work.

Sovannara said most of the entry-level jobs he found required additional skills he did not yet have. Eventually, he said, he found work by word-of-mouth via friends, Sovannara said, rather than through advertisements or job agencies.

​“Regarding skilled jobs that I was looking for, there were not any announcements,” he said. “They were recruiting but I could not get sufficient information.”

Labor Ministry undersecretary of state Lao Him told the meeting that the government had many vocational training institutions and national employment agencies across the provinces. However, he said he acknowledged many young people still faced issues in gaining employment and said there was much room for improvement.

“But I also want to say that one state institution cannot do it alone,” Him said. “This needs the participation from all the related parties, including all of you as young people. If we say that one government institution, like the Ministry of Labor, must work alone, that might be impossible — to work on this alone.”

“State jobs cannot be provided to all young people,” Socheat said, calling for more collaboration. “The private sector, civil society organizations and the young people themselves need to create jobs. So we have to cooperate together.”

The government has in the past celebrated the officially low unemployment rate in Cambodia, which has long tracked below 1 percent, but critics have said the low figure is due to the method of calculating the job rate and not reflective of reality.