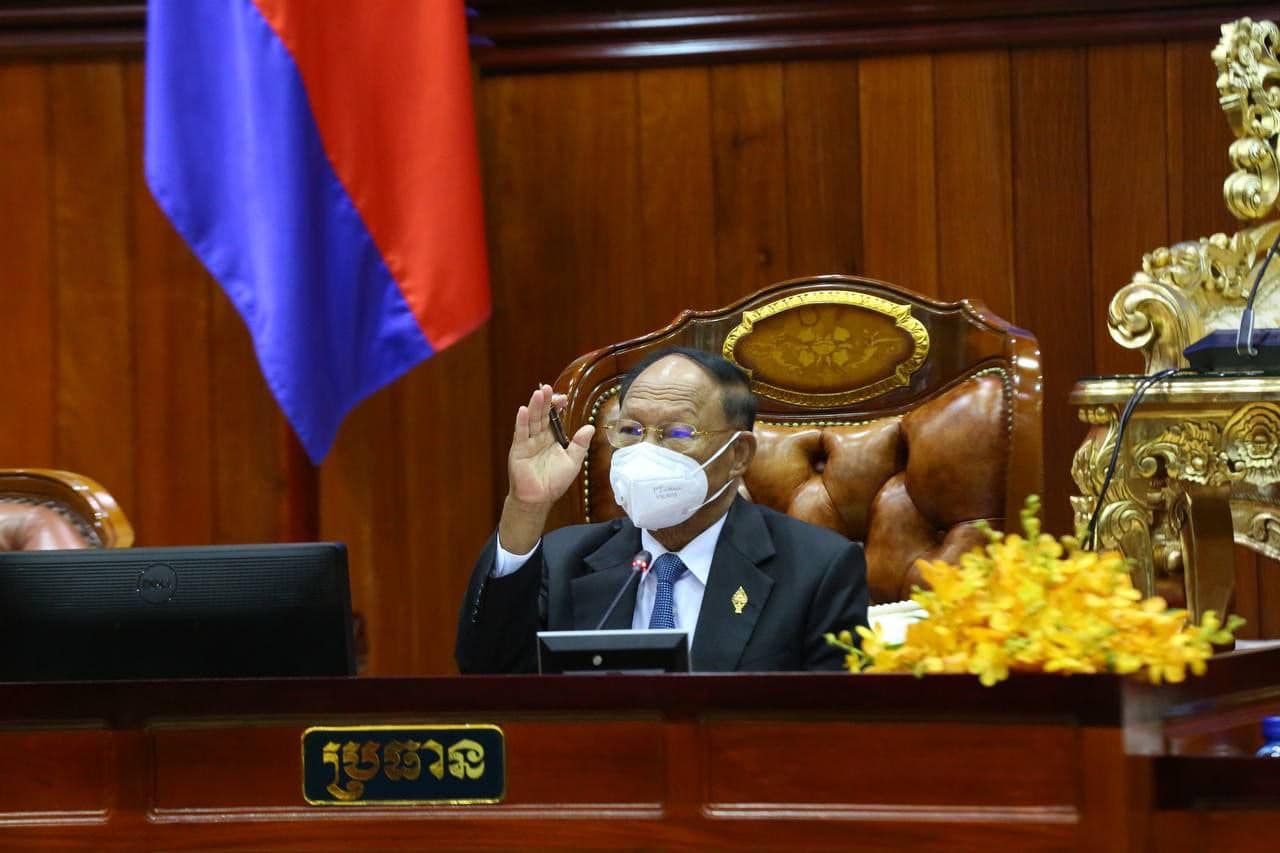 The National Assembly passed eight amendments to the Cambodian Constitution, with ruling-party lawmakers criticizing opposition to the proposed changes from small political parties.

The government, without any prior notice or consultation, announced eight new amendments to the Constitution on July 8, which has since been reviewed by the Constitutional Council and was strongly defended by the Justice Ministry on July 14.

The amendments mostly clarify articles that deal with transition of power, appointment of interim prime ministers and the process of forming the government.

One-hundred and five members of the all-CPP National Assembly voted to pass all the amendments. Prime Minister Hun Sen and senior members of the cabinet were in attendance.

Official records show that 106 lawmakers were present in parliament on Thursday, but this includes a new National Assembly member who was approved to join parliament but could not vote on the amendments because he had yet to be sworn-in.

The articles being amended are divided into two groups: six of them are 19, 89, 98, 102, 119 and 125. The two other articles are 3 and 4 from the Additional Constitutional Law, which is appended to the Constitution.

Justice Minister Keut Rith again defended the amendments as necessary changes that would ensure stability of the executive and maintain its powers. He was quick to dismiss concerns raised by four small parties — the Candlelight Party, Grassroots Democratic Party, Khmer Will Party and Cambodia Reform Party — who had asked the government to hold off on the proposed amendments.

“The announcement by four outside-the-government parties to not support the constitutional amendments at this time is a normal thing and it is the habit of parties to have a political stance that is not in line with the government,” Rith said in parliament.

​​After the National Assembly session, minor political parties, most with little to no presence in elected positions across the country, issued statements of support published on government-friendly Fresh News. They include Khmer United Party, the Nhek Bun Chhay-run Khmer National United Party and the Cambodia Youth Party, which is headed by Pich Sros, who filed the complaint in 2017 to dissolve the main opposition CNRP.

Rith held a marathon press conference two weeks ago to explain and justify each change proposed to the Constitution, and again reiterated on Thursday that they were necessary to clarify ambiguities in the text and to ensure the government was never in gridlock and could function smoothly.

Minister for the Council of Ministers Bin Chhin also defended the amendments, pointing to the old text of Article 89 where it said a “high-ranking personality” could be invited to the National Assembly to provide clarity on issues of national importance. He said the lack of clarity about who a “high-ranking personality” could result in the article being interpreted in different ways.

He similarly pointed to other changes, such as clarifications for appointment of an interim prime minister, as necessary to keep the government functioning without hindrance.

The Senate will now consider the amendments, and if passed the draft legislation will head to the king for his approval.

The government’s stated reasoning for each change, as stated earlier this month, is as follows:

The new amendments are unofficial translations by VOD.