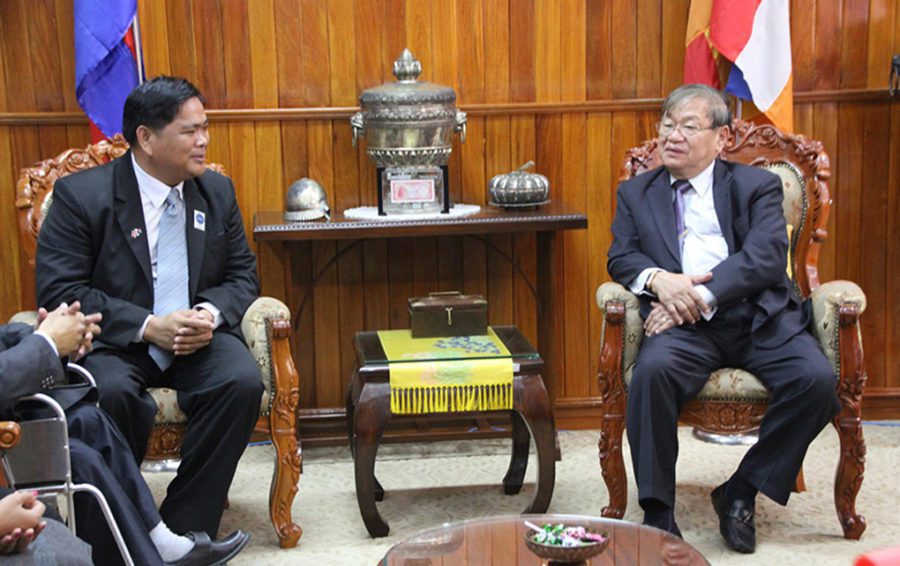 Information Minister Khieu Kanharith promised a band of radio frequencies to the Cambodian Disabled People’s Organization (CDPO) to broadcast its news programs across Phnom Penh after the Khmer New Year, the group said.

CDPO executive director Ngin Saorath told VOD the promise was made during a meeting with the minister on Thursday and that he would contact officials at the Information Ministry to begin broadcasting after the New Year period.

However, Pos Sovann, the general director of the ministry’s information and broadcasting general department, said that he was unclear about the situation and claimed that Phnom Penh’s radio frequency band was already full.

“I’m not sure yet. Maybe [Saorath] gave his wishes to His Excellency and [Kanharith] might have given a promise,” Sovann said of the claims.

“It’s OK,” he added. “His Excellency, the minister, is always supportive. But I cannot guarantee that there will be frequencies available in Phnom Penh.”

Sovann said he would look into the issue after the Khmer New Year holiday.

In late 2017, a slew of independent radio broadcasters were taken off the airwaves amid a crackdown on politically-oriented and foreign-funded news outlets. According to rights group Licadho, 32 radio stations were shuttered, affecting the flow of information to rural areas with patchy internet access.