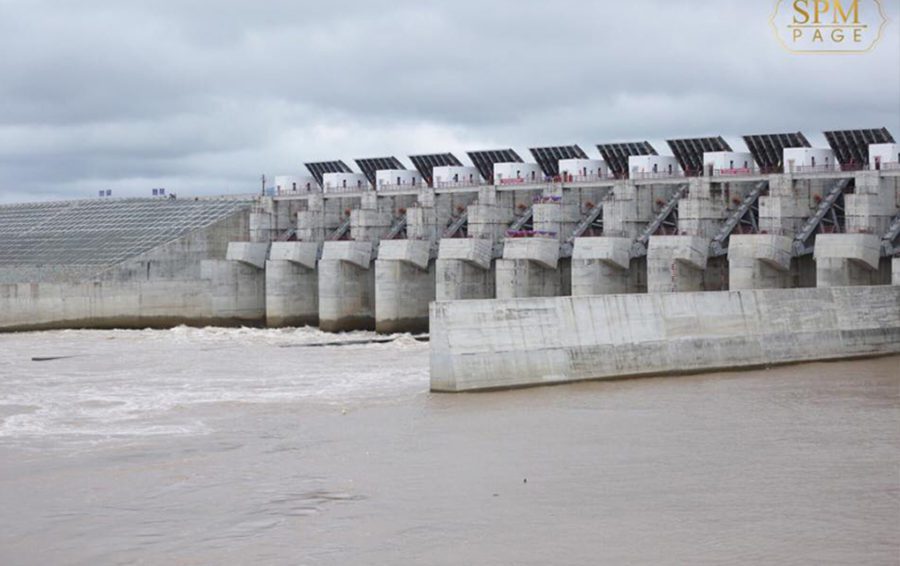 Just one of the eight turbines at the 400-MW Lower Sesan 2 dam are presently operating due to low water levels, an official said, with the past week’s brief smattering of rain doing little to alleviate nationwide power outages.

Electricity Authority of Cambodia chairman Yim Viseth said Tuesday that some of the country’s hydropower catchment areas had received rain over the past week but that power generation abilities remained mostly unchanged.

“Estimating when we might be able to fully supply electricity without any outages depends on the actual rain but we hope [it will happen] in May,” Viseth said, asking for people to remain patient until there is more rainfall.

“If we operated all eight turbines, it would take only half a day until the water was depleted from our reservoirs,” Makara said. He said the area around the dam in the northeast had yet to receive any of the rain in the rest of the country.

“We want to sell more [power] in order to get more income. No one wants to lose. EDC also doesn’t want to lose, and whenever there’s a blackout, there are more losses,” he said, referring to the state power provider. “We are the same.”

Prime Minister Hun Sen said in March that demand for electricity was exceeding supply in the country by up to 400 MW and called for patience. He also warned he would cut off the power supply of anyone who said that his government was deliberately causing repeated blackouts to build support for more hydro dams.

Alejandro Gonzalez-Davidson, the deported co-founder of environmental group Mother Nature, said the problem of such power shortages was likely to continue in future years, especially as climate change adds to the frequency of droughts.

“For the next year or two or the next five years, this issue will be the same unless Hun Sen’s government changes its policy on power,” Gonzalez-Davidson said, advocating for a policy push away from hydro-dam reliance toward solar power.