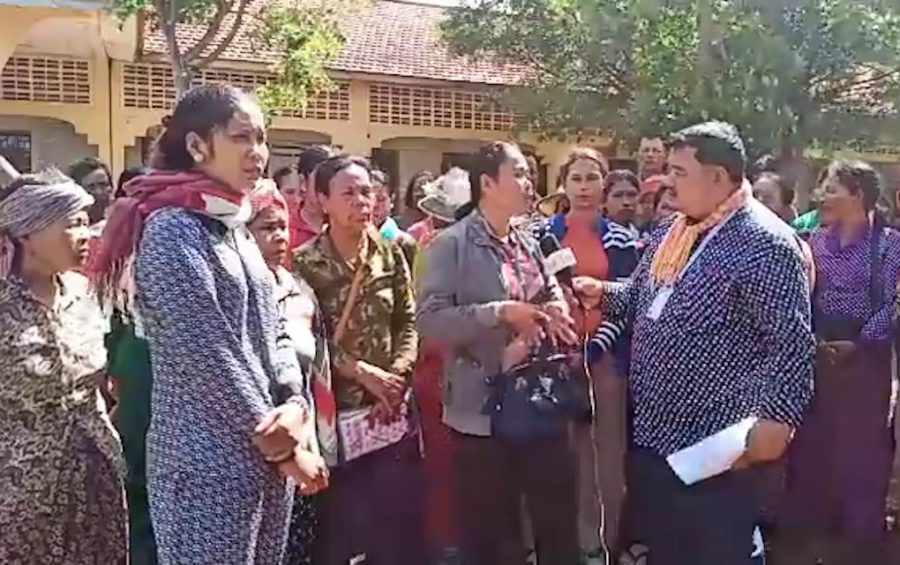 About 100 families were prevented from plowing their land with tractors in Kampong Chhnang province, with district authorities saying they feared the farmers were encroaching into protected wetlands.

Pirch Chea and Tuy Ly were among about 100 villagers who protested outside the Kampong Leng district hall on Monday, demanding that they be allowed to continue farming their land as they had since 1988.

Chea said about 180 hectares in Dar commune were affected.

“We’ve relied on using tractors every year to clear the land and have had no problems. But this year, fisheries officials stopped us and chased us out,” Chea said.

Ly added that a further 200 hectares of rice fields in Chranouk commune faced the same situation.

If the ban was not lifted soon, local farmers would fall deeper into debt, he said.

“It is time already, and our rural people are very poor,” Ly said.

Kampong Leng district chief Sam Chan Thorn said authorities had stopped people from plowing the rice fields out of fear that they were secretly encroaching into neighboring wetlands protected for fish breeding.

Investigators would visit the area to check if land is being cleared in state protected areas, he said.

If they find nothing, the villagers can return to farming as usual, Chan Thorn said.

“We’ve informed them in the Kampong Leng area,” he said. “If they’re working on the farmed land as they have before, we’re not against it.”

Sam Chankear, provincial coordinator for rights group Adhoc, said there needed to be transparency, as well as awareness among officials that their actions were hurting people’s livelihoods.

“There are thousands of families living in that area since older generations,” Chankear said. “The authorities should consider their responsibilities.”