Fractions of Cents Offered to Readers of News App 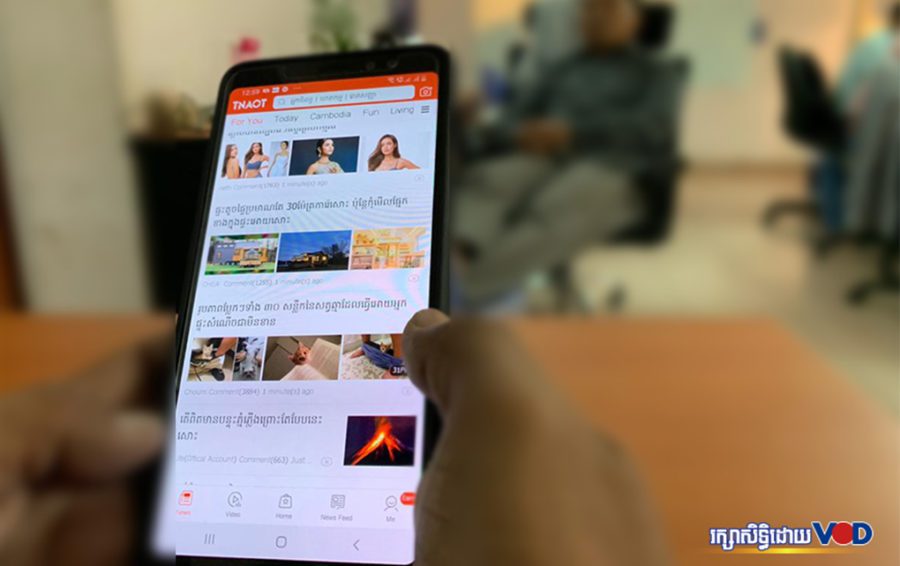 A mobile app is promising cash rewards for users who read the news — an estimated $0.0015 per article — but one observer has raised concerns over the potential privacy implications of the company’s unclear business model.

TNAOT, run by the Chinese-owned, Cambodia-based Koh Thmey Technology, claims to have had hundreds of thousands of downloads of its iPhone and Android app.

“We provide many services in this app: We have entertainment news, economic news, social news, and many other types of news for the benefit of our users,” Kimsam said. “What we are trying to provide is a reading tool for our youth and others — we want them to [be able to] make positive decisions.”

Kimsan would not say much money the app was offering its users, but said all the terms of the service were displayed when signing up.

After installing the app on an Android phone, it appeared to offer about $0.1 for every 1,000 “coins.” It promised 15 coins for spending 30 seconds reading one article, with a daily limit of 20 articles.

The top story when first opening the app was a photo gallery of trees.

The app also allowed cash withdrawals starting at $1 — or the equivalent of about 667 articles read.

Reviews on Google’s Play Store, however, complained of not being able to withdraw cash from the app, and of seemingly randomly losing credit. The company has replied to those reviews saying it is working out technical issues due to the app’s popularity.

Surprisingly, the app was not listed as including advertising or offering in-app purchases when downloading from the Play Store. No ads were immediately visible when using the app.

Its user agreement, meanwhile, noted that “The Company Has The Right To Analyze The Entire User Database And Make Commercial Use Of The User Database.”

But he expressed concerns about personal privacy when using the app — it needed to be clearer exactly what users were signing up for, he said.

The Information Ministry should regulate such apps, with a “clear demonstration of why there is an offer of money to people when they read the news,” he said.

May Titthara, the Khmer Times’ executive editor, said the strategy of attracting readers by offering cash rewards was previously seen in other countries as a way to try to increase advertising revenue.

“It is a way to boost the statistics: When we have higher statistics, we get more advertising,” Titthara said.

But what mattered in the end was the quality of the news, he said.

“I encourage people to read more than just TNAOT — other media also,” he said. “I worry that it is like hiring people to read its news but it’s unclear how professional its news coverage is.”