Gov’t Urged to Act on Women Raising Children Behind Bars 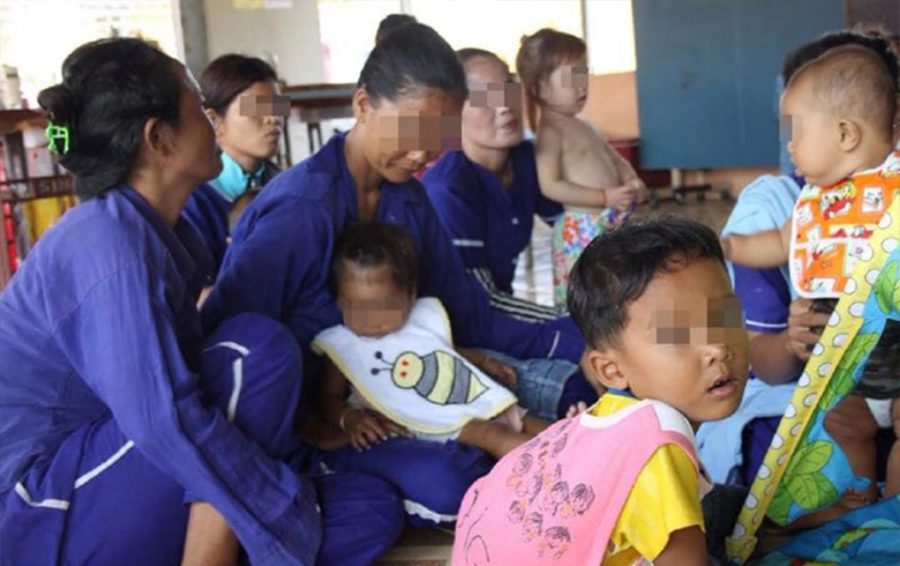 As prisoner numbers continue to swell far beyond the capacities of Cambodia’s overcrowded jails, the government has been urged to act on pledges to reduce the number of incarcerated women giving birth and raising children behind bars.

Amid a 2-year-old drug crackdown that has worsened the situation in already overburdened prisons to the point of holding triple their intended capacities, local rights group Licadho said the number of children living in prison with convicted mothers has since January 2017 doubled in the 18 prisons they monitor.

There were 113 children and a further 38 pregnant women in prison, it said. The pregnant women, mothers and children faced issues including a lack of nutritious food, adequate water access, basic sanitation and clothing, the group said.

Am Sam Ath, a technical supervisor for Licadho, said his group was urging authorities to speed up the implementation of public commitments to end the problem, which was earlier this year highlighted by Prime Minister Hun Sen.

“The women who have babies with them and pregnant women have faced serious health issues,” Sam Ath said, explaining that many mothers sent to prison feel they had few choices but to raise their kids behind bars. “Some detained women who have their children staying on the outside have no one to look after their children, and most of them face the breakup of their families while they are in prison.”

Licadho also said it wrote letters to the ministries of interior, justice and women’s affairs asking them to act on the prime minister’s appeals to resolve the issue. The group said many of the women were in fact not even convicted but were being kept in pre-trial detention, and that judges could be more proactive in granting bail.

Chin Malin, a spokesman for Justice Ministry, told VOD on Monday his ministry was cooperating with the other ministries contacted to help resolve the issue.

“We are doing everything we can to speed up the procedures relating to these women to allow them to reach their final verdicts, so they can then get pardons or reductions in their penalties,” Malin said, adding that releasing the women on bail where cases are under court processes was also being pursued.

“If they are still in the proceedings and have no got final verdicts, there can be guarantees from their lawyers for them to get bail according to legal procedures,” he said. “This is what we have done to to solve the crowdedness in prisons.”

However, Malin said he was unable to provide figures for mothers being released, pardoned or bailed, and said that each case had to be decided based on law.

During a meeting of the Cambodian National Council for Women in February, Hun Sen told the ministries of justice and women’s affairs to release detained mothers and pregnant women before the Khmer New Year period, which officially runs from April 14 to 16 this year, and is typically preceded by a slew of royal pardons.

“This needs to be handled with pardons and reductions in the penalties without waiting for the holiday to come,” Hun Sen wrote on his Facebook page after the meeting. “In particular, before the 2019 Khmer New Year there needs to be the hearings to give their freedom back to them and let them go back home.”

In the same month, Interior Minister Sar Kheng said in a speech he was concerned about the growing issue of overcrowding of prisons and said there were now 30,000 people in Cambodia’s prisons. Two-thirds of inmates were behind bars on drug-related cases and that most of them had yet to even face trial, he said.

In a November 2018 report titled “Time for Bail: Ending Needless Mass Detention in Cambodia,” Licadho said that in the 18 out of 28 prisons across the country that it monitors, 2,243 of the 25,926 detainees were women and about half of them had not in fact been sentenced for an offense but were in pre-trial detention.