Hun Sen Jokes on Stage About Officials’ Taste for KTVs 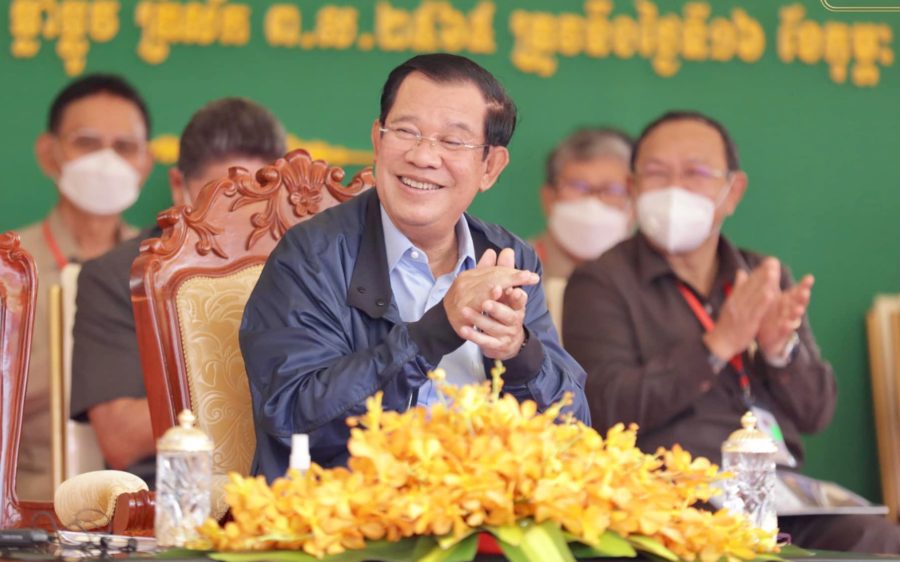 According to Prime Minister Hun Sen, the jealousy of women can cause traffic accidents.

In a speech in Kratie on Wednesday, Hun Sen said his officials’ wives should not give him a hard time for their husbands being like “birds out of their cages” when they go on a “mission” outside their homes.

“If the wives cannot control their husbands, how can the prime minister control them? This is the reality,” he said. “Now it’s very common that they call it a ‘mission,’ and I know it too: ‘mission.’ … This story resonates with everyone both on the platform and down off of the platform.”

Out of jealousy, women force their husbands to pick up the phone when they are late to get home even if they are driving, and this could kill them, he said.

“Women who have husbands, please reduce the jealousy,” he said to laughter and applause from the officials around him. “If they can reduce it, I congratulate that and praise our women who have broad minds.”

Hun Sen called out Kratie governor Va Thorn by name, asking him how many KTVs were in the province and whether they were full of customers.

“Watch out when you go back, your wife will chase and assault you. I’m not responsible for it,” he said.

He turned his attention to Information Minister Khieu Kanharith.

“I don’t even know how many KTVs he has visited,” Hun Sen said. “The one who says that Khieu Kanharith doesn’t go to KTVs — it’s over. He doesn’t know Khieu Kanharith.”

Hun Sen said he gets cursed out by wives, blaming him for the “missions.” “But they are the ones who do bad themselves,” he said of his officials, to more laughter.

KTVs, or karaoke parlors, can often be thinly veiled sites of prostitution, and labor abuses can be common, including forced abortions.

Seng Reasey, director at gender rights group Silaka, said it was important to respect the rights of entertainment and sex workers, and that their work should not be seen only through the lens of human trafficking.

“We shouldn’t make the conclusion that all these issues promote a black market or some other thing,” Reasey said. “What we should do is respect rights in sex service or entertainment service.”