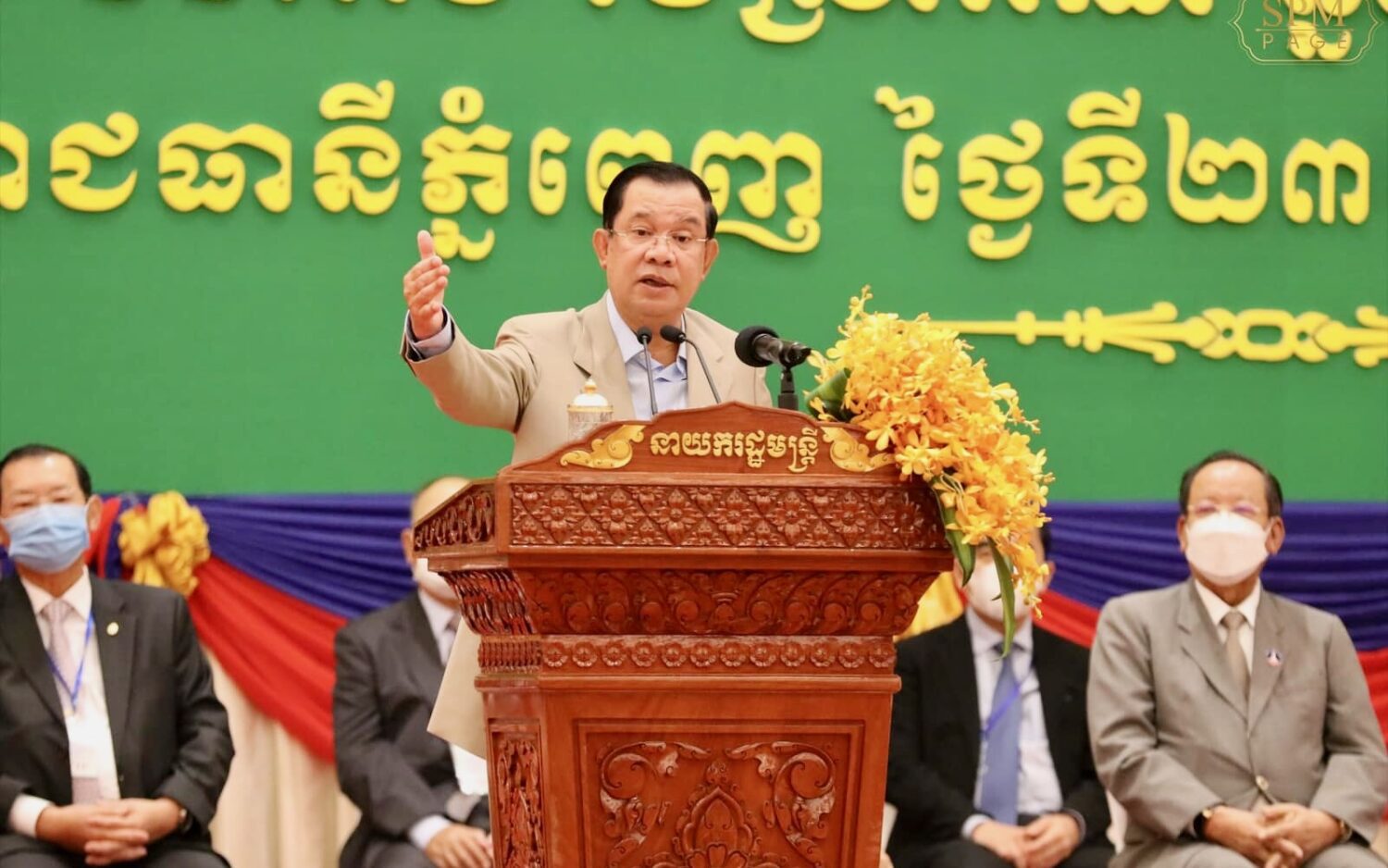 Prime Minister Hun Sen argued with unnamed critics during a university graduation speech on Tuesday about the transfer of power to his son and the creation of a Vietnamese language program at the Royal University of Phnom Penh.

Speaking at a graduation ceremony for students from Asia Euro University, Prime Minister Hun Sen mocked those who predicted that he would lose his grip on power.

Hun Sen said he accepted that he would eventually die. But even then, power would remain with his party, he said.

Hun Sen said an opposition party would plunge Cambodia into war if they took over.

“If the CPP does not control the power, war will erupt,” he said. Another party would confiscate wealth from the rich to hand to the poor, he added, and would also wage war with Thailand and Vietnam for territory.

Hun Sen also argued against purported criticism of his son and chosen successor, Hun Manet, visiting Vietnam. Cambodia didn’t need the support of any country in choosing a prime ministerial candidate as some were saying, Hun Sen said. Rather, a candidate needed to have the ability to lead, he said.

“If my son does not have adequate conditions, I cannot have this country or this party, especially this country, be destroyed by the hand of my son,” Hun Sen said. “The criteria needs to be guaranteed, to be responsible to make sure that this country is continually stable.”

Prime Minister Hun Sen also defended the creation of a Vietnamese language curriculum at the Royal University of Phnom Penh’s foreign languages department, saying many were opposed to it.

There were plenty of other foreign language departments already, and the Vietnamese department would benefit Cambodia’s military, police, tourism and other business sectors. More than 1,000 Cambodian students were already studying in Vietnam, he added.

“There are only benefits, no costs. Whatever you know — French, English. … Why are you all in chaos?”