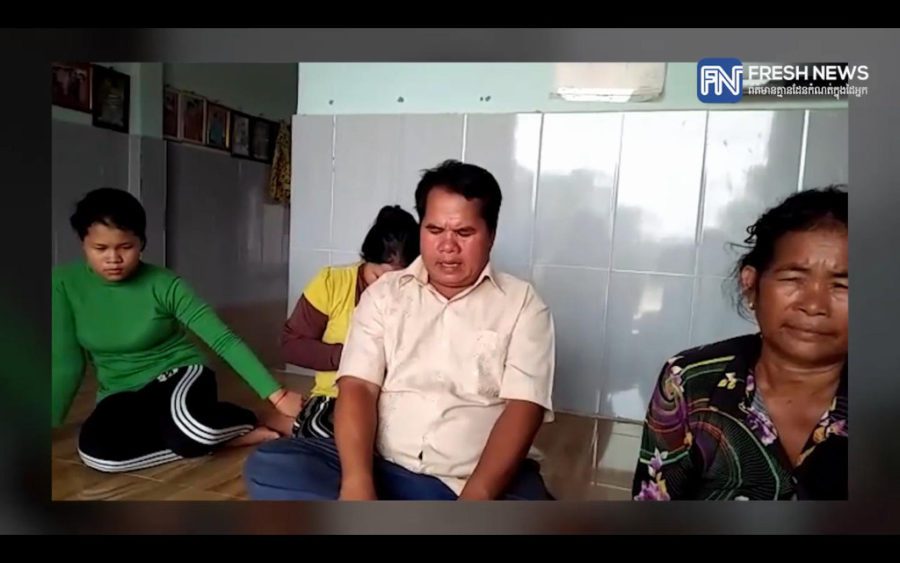 At least 10 opposition activists have now “confessed” and been forgiven for having supported acting party leader Sam Rainsy’s planned return to the country on November 9, the Justice Ministry said on Tuesday, while government-aligned Fresh News released a video of 50 others in Svay Rieng province disavowing the party.

About 40 activists have been arrested in relation to the promised return, most of them charged with “plotting” to overthrow the government. More than 70 in total have been charged since Rainsy announced his plan on August 16.

Senior leaders of the CNRP have have vowed to return on Cambodia’s Independence Day after having fled the country following the forced dissolution of their party in late 2017. The government has warned that anyone supporting the return will face legal consequences.

Chin Malin, spokesman for the Ministry of Justice, said that until now at least 10 people had confessed to crimes in relation to the November 9 return in exchange for receiving reduced sentences. “Some made confessions before being charged, and cooperated with authorities and the law forgave them,” he said. “Another group cooperated with authorities after being charged. The law also forgave them by giving mitigating circumstances and releasing them on bail.”

CNRP leaders have previously alleged that the confessions were forced and made under duress.

Prime Minister Hun Sen said in a meeting of the Council of Ministers last week that Sam Rainsy’s plans amounted to a rebel movement. He said he handed over the duty to take action against this movement to Defense Minister Tea Banh.

Political observer Lao Mong Hay said the arrests made people lose their trust in the Cambodian judicial system. “Such action violates human rights which is guaranteed by the Cambodian Constitution,” he said. “It is an action that is used to arrest people in a dictatorial communist regime or dictatorial capitalism. It makes people lose their trust.”