Mothers, Girls Asked to Testify at Trial Into Sex-Trafficking Documentary 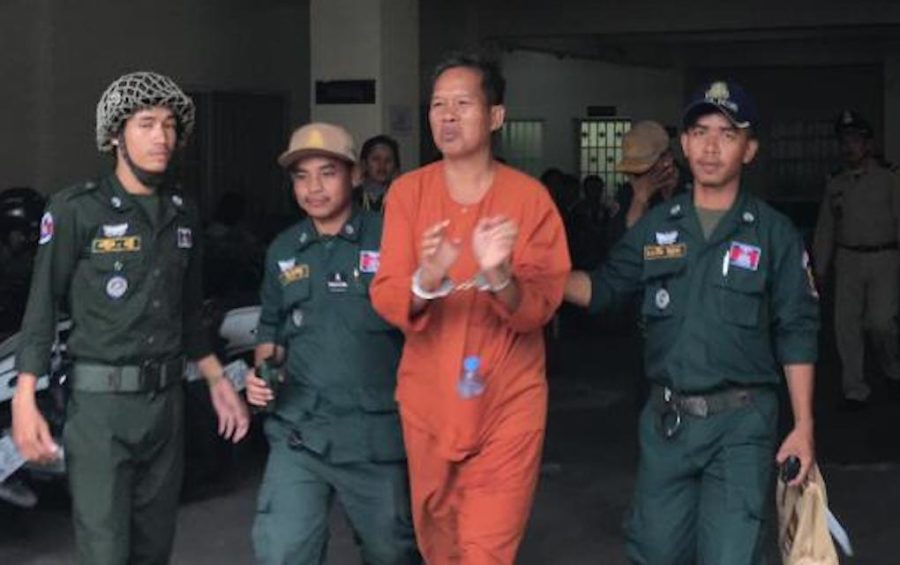 The lawyer for a Cambodian translator on trial for his role in the production of a controversial documentary about alleged underage sex trafficking demanded that the mothers and girls accusing his client appear in court to testify.

A three-hour hearing on Thursday at the Phnom Penh Municipal Court focused on Rath Rott Mony’s relationship with Moscow’s RT news service and his exact role in the production of “My Mother Sold Me.”

The 27-minute documentary, which aired in October, tells the stories of four Cambodian girls allegedly sold for sex to alleviate their families’ poverty. The Cambodian government immediately rejected the documentary’s claims, saying the families had been paid to make false statements to interviewers.

Rott Mony was arrested in December after the families were questioned by police.

On Thursday, the 47-year-old pleaded not guilty to a charge of incitement to discriminate, which carries a jail term of up to three years — “because I did not incite or cause any discrimination,” he said.

“My role is just a translator,” Rott Mony told the court.

Under questioning, Rott Mony said he had worked with RT since 2016, and the sex-trafficking documentary was his third project with the Russian news service.

He said his work was merely translation, and he had no input into the content of the documentary.

He only learned of the documentary’s title after it aired, he added.

He said he believed that the families’ answers to the RT reporter’s questions were the truth.

“I concluded that it was a true story. They [answered] the questions of a reporter — it was not a Hollywood story,” he said, denying any set-up. “I still believe that what they said was their true story.”

Presiding Judge Koy Sao, detailing the accusations against Rott Mony, said the film’s producers had described their project to the Information Ministry as one that would highlight the successes of Cambodia following the Khmer Rouge years.

Furthermore, the families questioned by police had told officers that Rott Mony promised cash and help with their businesses in order to persuade them to tell false stories, Judge Sao said.

The judge proceeded to read out two of the five testimonies given to police.

The first, from one of the mothers depicted in the documentary, said Rott Mony had contacted her to speak to interviewers about leading a hard life. She was uneducated and went along with Rott Mony’s request, and received $150 after telling a false story, the testimony said.

Now she was ashamed to go out in public, it said. Her daughter was still “pure,” the testimony read. The mother is seeking $5,000 in compensation.

The second testimony, from a girl interviewed in the documentary, gave a similar story.

She was contacted by Rott Mony and was offered help in resolving a land dispute her family was involved in. She was paid $200 after the filming, it said. The girl’s family is demanding $10,000 in compensation.

Defense lawyer Lor Chunthy, however, questioned the authenticity of the testimonies, noting that they were worded almost identically.

“I have seen that some of them have given testimonies that are similar to each other, like printed documents,” Chunthy told the court. “We cannot believe them.”

He demanded that all complainants testify in court.

“The court will continue the proceedings at the next hearing and will try to invite them to come,” he said.