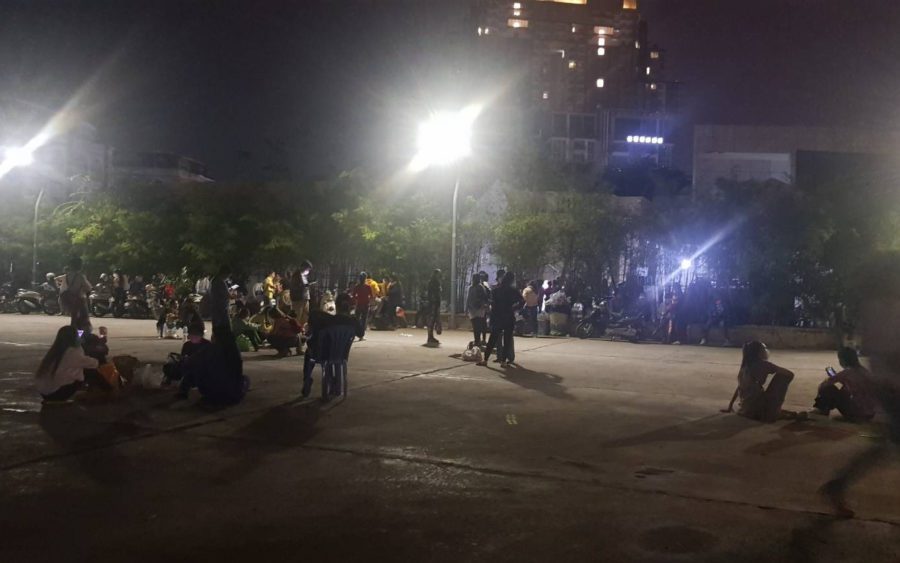 More than 200 protesting casino workers were tested for Covid-19 Saturday evening and told to self-isolate for seven days even if they were negative.

The workers said they had not decided yet whether to comply with the order to stay home, as they remained committed to continue protesting and believed the Covid-19 rules were being applied inconsistently.

The NagaWorld workers have been holding near-daily rallies since December 18 over the firing of more than 1,300 workers that they say targeted union leaders and members.

However, the Health Ministry on Friday issued a public statement that one protester had tested positive and everyone must get tested within three days.

In response, the woman who tested positive said on Friday that she had not been to the rallies since January 15 due to a pregnancy.

A few hundred protesters again turned up on Saturday, but amid a heavy security presence they were led to a testing center on Phnom Penh’s Diamond Island, or Koh Pich. Some were taken by bus. The parking lot at Aeon Mall, which many strikers have been using during rallies, was closed in the early afternoon.

A man in plainclothes identifying himself as immigration police also threatened a foreign VOD reporter at the scene with arrest unless he produced his passport and work permit and left the area. The man said he was calling the Indian Embassy and allowed the reporter to leave.

Testing appeared to only start around 5 p.m. Workers initially refused the testing when a health official told them of the requirement for people with negative tests to stay home. Those who tested positive would be sent to a treatment center, the official said.

Striking casino supervisor Mey Vanna said around 6 p.m. that she had tested negative, but health officials had reported some more positive tests.

“I think the rule isn’t right,” Vanna said. “The rule should only apply to people who test positive.”

The workers wanted to comply with officials’ requirements, she said, but they couldn’t accept the order to stay home as she had not seen the rule applied elsewhere.

“I’m not sure what we’re going to do next, because we don’t know what authorities will do after the tests.”

According to striking worker Pich Samnang, who said he had been tested first and volunteered to help with monitoring, 255 people were tested on Saturday until testing stopped around 7:30 p.m. Four had tested positive, he said. Testing was to resume at 9 a.m. Sunday, he added.

The Health Ministry statement on Friday said the need to test the protesters was due to precautions around the Omicron variant of Covid-19. 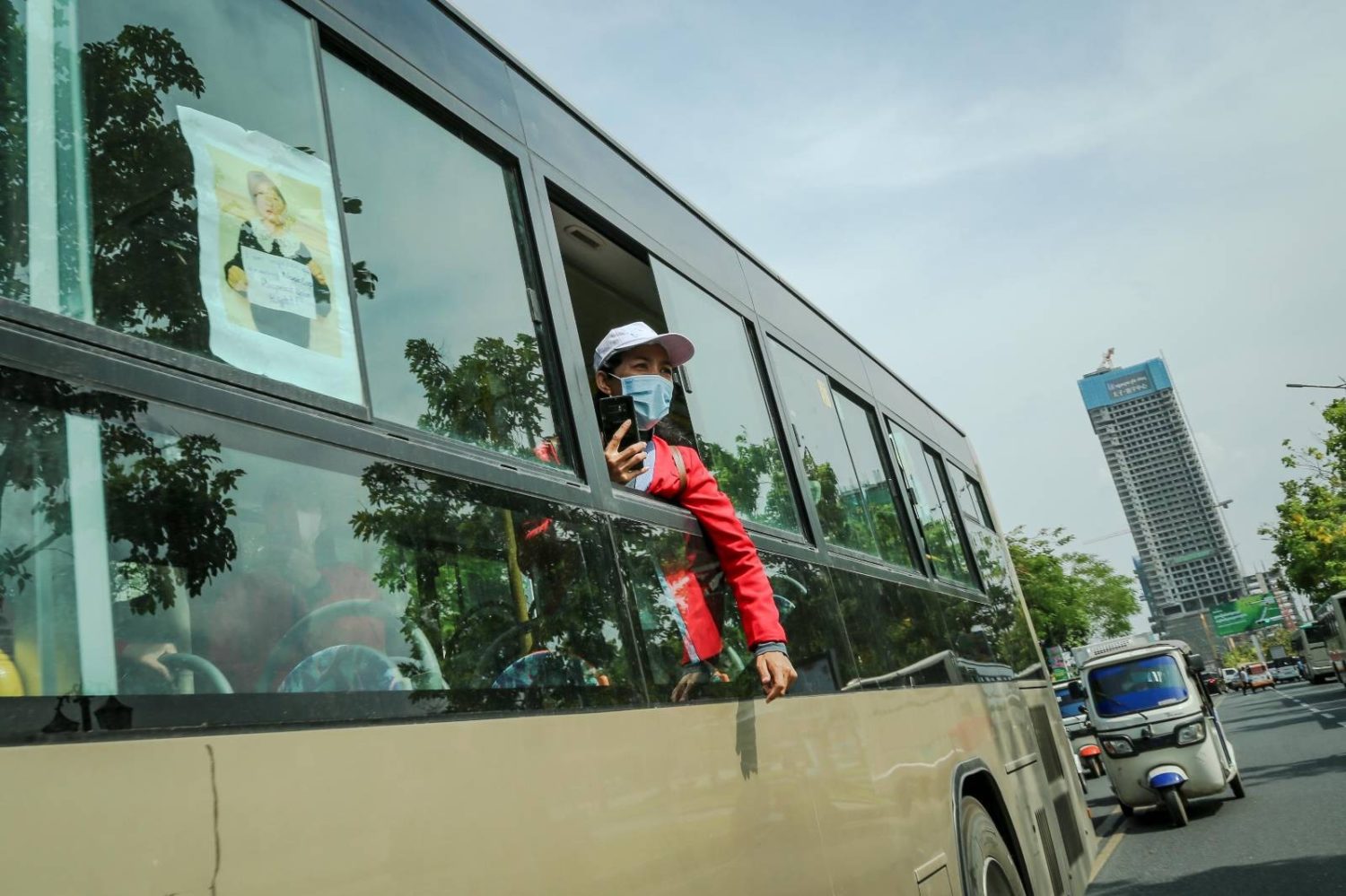