No Trees Left to Give Shade in Battambang: Sar Kheng 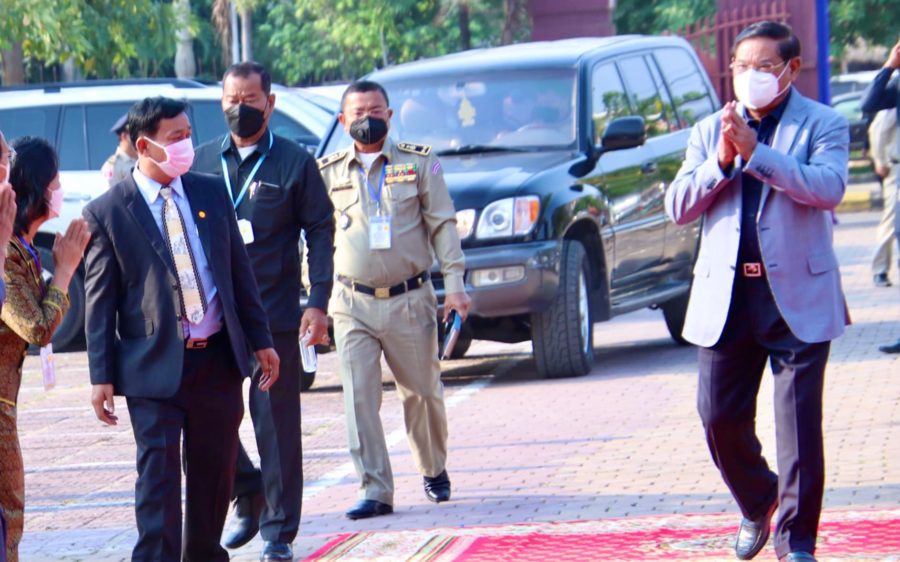 Battambang residents will be miserable if they don’t protect the remaining forests in the province, Interior Minister Sar Kheng said at an annual provincial meeting, imploring officials to think long-term.

“Before we couldn’t see the sky even in the day, but now we can’t find shade for shelter from the sun,” Kheng said of areas along the Thai border that were densely forested in the 1990s.

Some forest remained to the south, but they were facing encroachment, he said.

At the event, held at the provincial hall, Kheng asked the Samlot district governor if people were encroaching on forestland.

Kheng continued his questioning, asking if the governor had taken action, and received another yes.

When he asked who was encroaching on the forests, the district governor answered that people were coming from neighboring Pursat province.

“Thieves from Pursat!” Kheng responded. “Now, do not blame each other. I request that the provincial administration assign people to check. It seems easy. Ask for helicopters, or fly drones to capture from above.”

Crops could make profits now, but the earth needed to be protected, fertilized and revitalized, he said.

“In future, you will be miserable,” he said. “When there are no trees and you grow cassava that eat up earth.”

“Please check the locations and prevent [encroachment]. If not, it will be gone and our children and grandchildren will curse us.”

Looking ahead to the June commune election, Kheng also called for regular public meetings to listen to people’s concerns.

Every village and commune should meet under a tree on weekends or holidays and discuss problems, he said.

“Gather with each other to listen to the requests and concerns of the people, and what we can solve in that location, we solve it and make a report — what we have solved and what remains [to be done], and not make people scared and afraid to dare to talk with us.”

Officials should remember that they serve the public, he said.

“They are our boss. Don’t go down as powerful people, with the people as the powerless, and look down on them and threaten and bully them,” he said.

During the speech, Kheng also noted the ruling party’s achievements in building schools, roads, electricity and other public services, and also suggested that growing acacia trees was bad business.

“I have never seen people grow acacia and get hundreds of thousands [of dollars],” he said. “There is no market for this.”