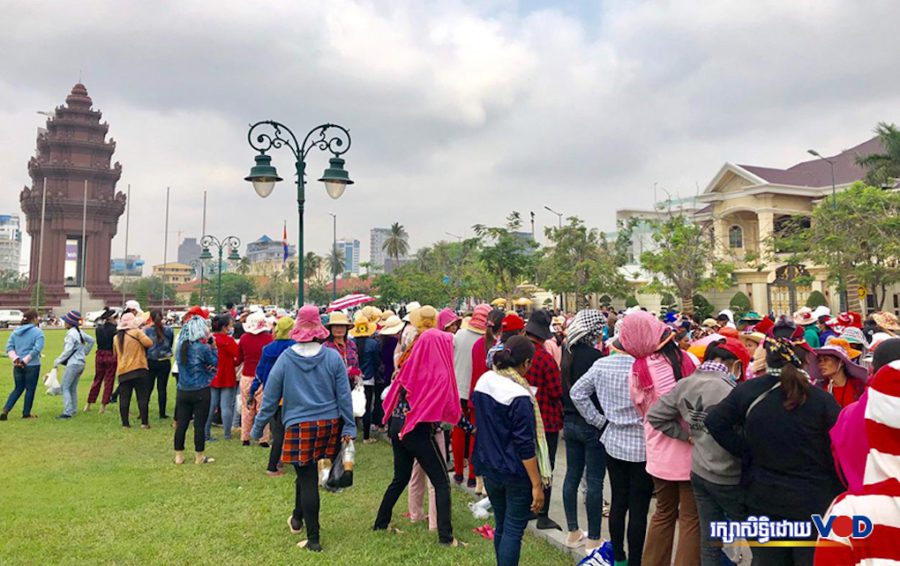 Thet told VOD that workers could hold gatherings but would not be allowed to march to deliver petitions to the National Assembly, as some union leaders had planned.

“Just let their representatives submit the petition, and that’s it,” Thet said.

Articles 37 and 41 of Cambodia’s 1993 Constitution state that citizens have the rights to gather, express themselves, strike and demonstrate peacefully.

Thet said that if any union leaders attempted to march, then the authorities would “take action.” However, he did not clarify what actions would be taken.

On April 8, representatives from various unions submitted notifications, as they are required to by law, to Phnom Penh City Hall about their plans to hold various rallies around Phnom Penh on Labor Day, saying that they expected a turnout of 5,000.

Cambodian Labour Confederation (CLC) leader Ath Thorn said he still planned to lead a march from near his Wat Phnom gathering to the National Assembly. Yet he said that he would not test the resolve of Thet’s police forces.

Khun Tharo, a coordinator at the Center for Alliance of Labor and Human Rights, said a coalition of 21 local workers groups, associations and unions had submitted notifications to the City Hall to rally at the new Freedom Park but would not march.

He said he feared the same treatment as the banned Cambodia National Rescue Party, which the prime minister has warned to cease public activities, due to the union movement’s long-standing association with the now repressed opposition.