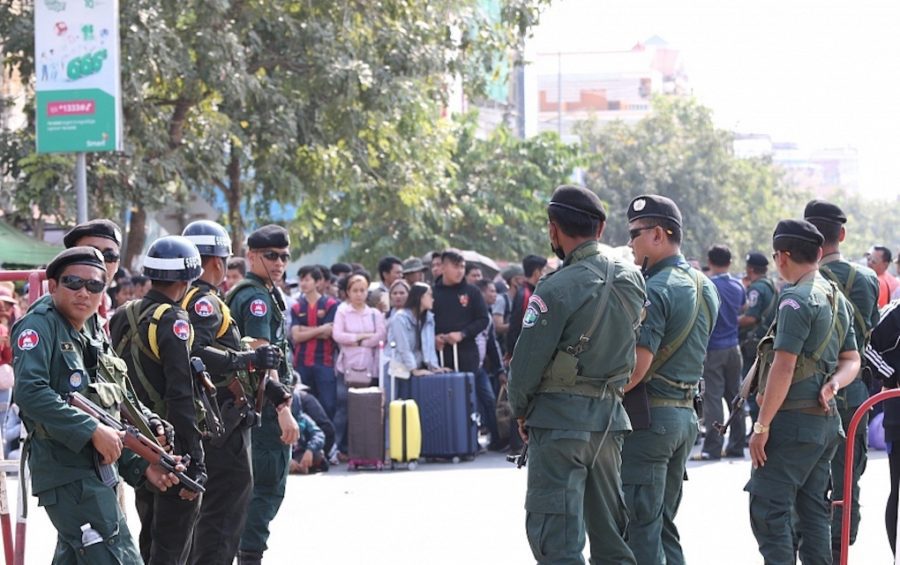 Within days of a rape allegation surfacing against a district police chief in Banteay Meanchey, the provincial police has issued a brief statement that it “completely denies” the “public confusion.”

The provincial police chief further stated that because it was a “personal issue,” police had not spoken to the woman about the alleged rape.

Over the past week, a woman has been making the allegations online, including posting message conversations between her and Preah Netr Preah district police chief Meas Rithy.

The woman alleged that she had gone to the police station to make a complaint about being cheated over money, and Rithy had tried to woo her over some time and later raped her. She did not give details of the alleged incident, but showed messages with Rithy in which he asks to meet her. In later conversations, he says he misses her and “[I] don’t understand what I’ve done wrong.”

In one exchange, Rithy says: “Don’t hate. [I’m] worried.” The woman replies: “Don’t come into my life to cheat me. If you loved me, you shouldn’t have done this.”

She later continues: “I’ll never forget your actions that you’ve done in the past to insult me.” Rithy’s reply was deleted.

It is unclear what the conversation refers to, but the woman alleges in a voiceover to videos of screenshots that Rithy feared prosecution following the rape. They came to an agreement, but he did not keep his promise, leading her to go public, she says. She adds that she is under distress and has considered suicide.

Banteay Meanchey Provincial Police issued a statement on Wednesday denying the accounts given by two pseudonymous Facebook accounts that had posted messages from April 1 about Rithy.

“The spokesperson of the Banteay Meanchey Provincial Police completely denies, and has the most regret, that the Facebook accounts called Thavy Meas Bong Aun, Thavry Meas Bong and some other media outlets that have published on social media caused public confusion about the Banteay Meanchey Provincial Police including the Preah Netr Preah district police. After investigating this case, it is related to personal love between individuals and has nothing to do with the unit’s affairs.”

Rithy could not be reached for comment. The woman has not replied to messages.

Meng Kimhuoy, director of the provincial women’s affairs department, said she was not aware of the case.