Police Help 10 Leave ‘Work’ in Sihanoukville, but ‘Not Confinement’ 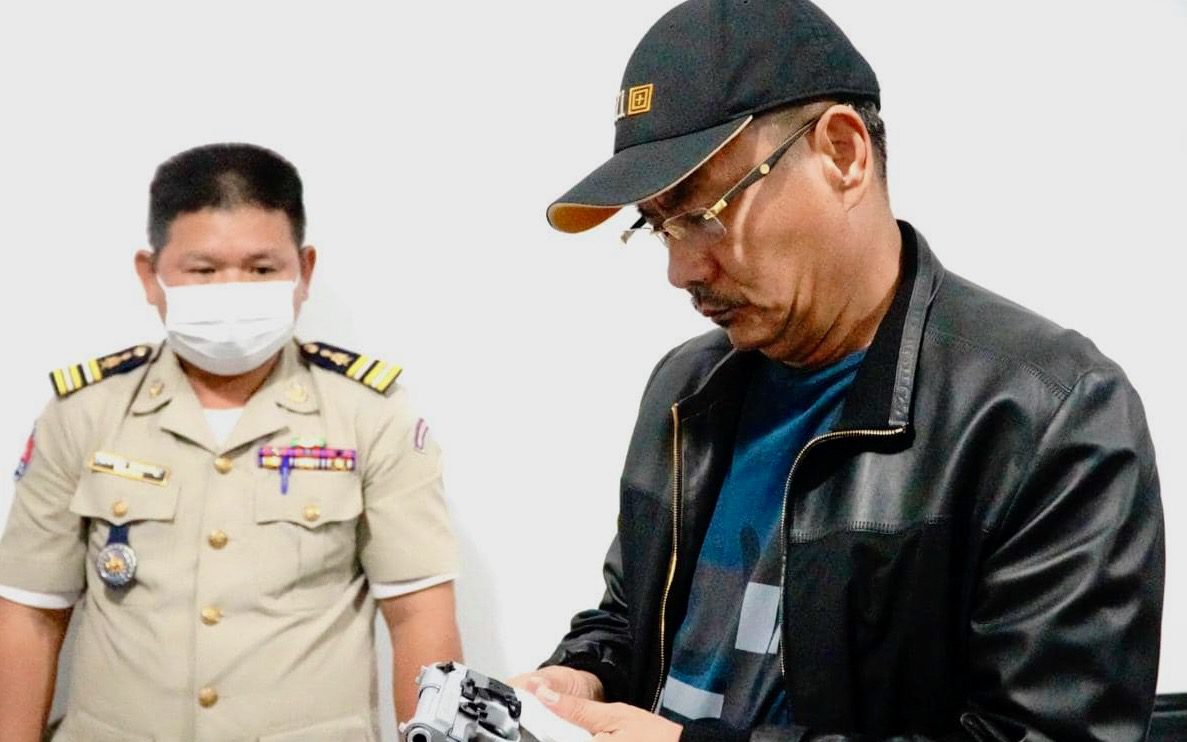 Preah Sihanouk police are labeling as “defamatory” a complaint that sought the rescue of a group of workers confined in a Sihanoukville compound, even after officers responded and helped 10 people leave the job.

Preah Sihanouk police chief Chuon Narin said on Monday those people who were removed from the compound “were working, so this is not confinement,” and he wanted the public to “not be shocked.”

Police have now turned their attention to finding the complainant so they can “cooperate,” Narin said.

A complaint handed to the Preah Sihanouk provincial administration on July 17 and since shared online requested the intervention of authorities to help 13 workers leave a Sihanoukville casino compound where they were detained. The complaint attached 13 passports to aid in the rescue.

The 33-year-old complainant, who included his name and address, added that his friends in the group had told him that the police had already come to try to rescue them from the casino, but bosses had threatened them to say they were not being detained. The complainant said he therefore took the case up to the governor.

Narin, the provincial police chief, disputed the characterization of the workers’ situation as confinement.

“Today I want to give information to the public to not be shocked and have doubt,” he said in a press conference on Tuesday.

Police initially went to the casino after receiving information on their hotline. “When we went down there, this case was not true, the defamatory complaint about confinement. And we could not find the person who filed the complaint to the hotline.”

Later, police received the written complaint via the provincial administration. “We went down there and there were some people who were working, so this is not confinement or another issue.”

Nevertheless, police helped 10 of the 13 workers leave the compound. The three others wanted to keep working, Narin said.

“When we arrived at the location in cooperation with a prosecutor, this was not confinement and some of them wanted to leave,” Narin said. “So now for the 13 people we invited them and 10 people volunteered to come to the provincial police headquarters.”

The 10 were now under the care of authorities, Narin said, adding that the force was now looking to find the complainant.

“I need to meet with the complainant and want to know his intentions,” he said. “So far I am still waiting.”

Provincial spokesman Kheang Phearum said at the same press conference that the authorities tried to resolve all complaints it received — despite repeated reports of entrapped workers struggling to get help. Reporters who have accompanied friends’ and volunteers’ rescue attempts saw repeated pleas to police lead to little action or even prosecution against a worker seeking help.

“There is no detention, it is just they do not allow him to get out,” one commune police officer previously said.

Phearum, however, said there were many avenues to get help, and for “almost all crimes, the provincial administration and relevant authorities have gone down to solve on time, while for remaining cases our authorities continue to pursue them to crack down.”