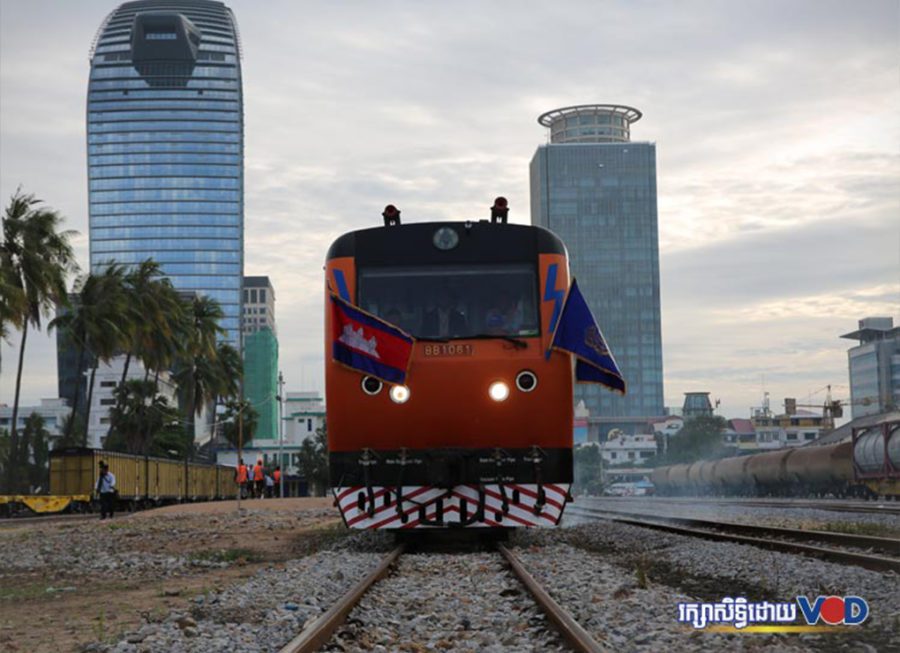 Speaking at the Government-Private Sector Forum on Friday, Hun Sen criticized Meng’s Royal Railways company for poor performance over the past decades, saying that it had failed to make the most of rail’s potential and meet the needs of clients.

“Oknha Kith Meng needs to understand: This is not a punishment for you. Actually, the oknha will be relieved. The okhna got stuck with karma and a burden from Toll,” Hun Sen said, referring to Toll Holdings, an Australian partner in the joint venture that pulled out in 2014.

“I’m sorry to the Australian partner whose company came to pursue a business contract and ran away. There are a few cases already. ANZ has gone also,” the premier said.

Australian bank ANZ pulled out of Meng’s ANZ-Royal joint banking venture in May 2018. Toll-Royal Railway had received a 30-year exclusive concession to operate the country’s dilapidated railway system in 2009 but pulled out, leaving the project to Royal Railways.

With funding from the Asian Development Bank and AusAID, the Australian government’s development agency, Royal Railways embarked on major repairs to tracks. It reopened the line connecting Phnom Penh to Sihanoukville for freight in 2013 and for passengers in 2016.

A northern line connecting the capital to Poipet opened last year, though the 386 km journey reportedly takes 15 hours – an average of less than 26 km per hour.

On Sunday, the Transport Ministry clarified that Royal Railway will not immediately lose its license, as Hun Sen had appeared to suggest in his speech. Instead, Royal will continue to operate the service while the ministry prepares a public tender for a specialist firm to take over the development of the railway system, the ministry said in a statement.

The new bid may involve Meng’s company, it added. Meng, among the country’s most prominent businessmen, is an adviser to Hun Sen and has long been considered one of the prime minister’s key allies. His brother, Kith Theang, was last month jailed after 50 kg of drugs were seized at his Rock Entertainment Center, one of the biggest clubs in Phnom Penh.