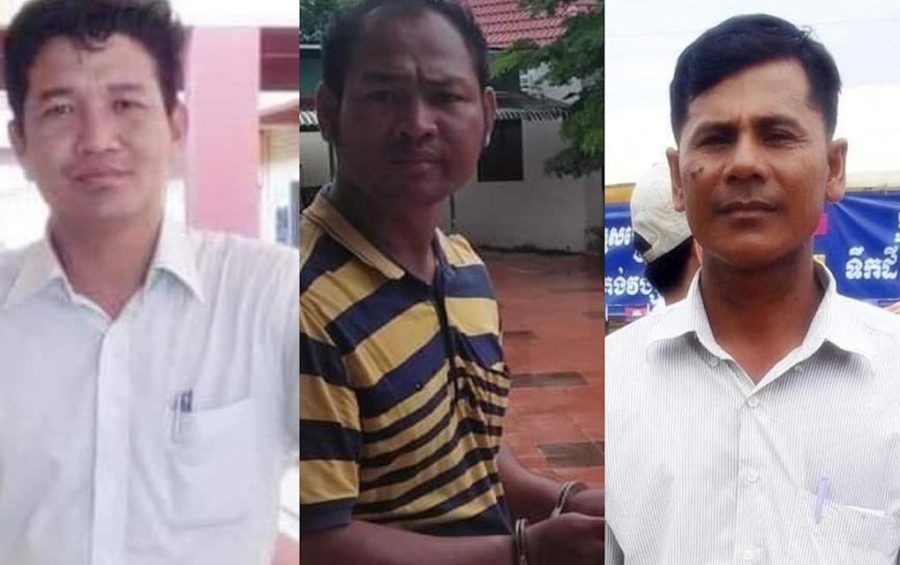 The Kampong Thom Provincial Court on Wednesday charged three former Cambodia National Rescue Party members with public insult for discussing CNRP leaders’ pledged return to the country over the phone, according to their defense lawyer.

Attorney Sam Sokong said Sun Bunthon, Nou Phoeun and Rus Kimsieng were also charged with defamation, incitement to commit a felony, and for violating the Supreme Court order that dissolved the CNRP in 2017. The charges were related to the phone conversations and Facebook posts in support of the return to Cambodia of ex-CNRP leader Sam Rainsy.

Rainsy, who has been living in exile in Paris amid a string of court convictions against him, has vowed to attempt a return to the country on November 9.

Bunthon was a councilor for Baray district’s Baray commune; Phoeun, a member of the CNRP’s executive committee in the commune; and Kimsieng, a former youth leader, Sokong said.

Bunthon and Phoeun were arrested on September 2 while Kimsieng was arrested the day after, he said.

A court prosecutor questioned his three clients and accused them of insulting Prime Minister Hun Sen in their tapped conversations, he added.

“They were restricted from exercising their fundamental freedoms. So, those who are imposing restrictions are the ones violating the law,” Ratha said.

A Facebook account belonging to “Rus Kimsieng” in August posted countdown messages in anticipation of Rainy’s return, and reposted the CNRP’s announcement of his planned homecoming as well as photos of CNRP leaders meeting their supporters.

One post from August 20 says workers’ representatives in Thailand and Japan were preparing to have workers return to the country on the same day as Rainsy.

“President Sam Rainsy said he would bring more than 2 million workers working in Thailand, South Korea, Japan and Malaysia back home to restore a true democracy to Cambodia,” the post says.

In addition to posting messages of support, the account also shared Radio Free Asia’s news coverage from August 19 on the same issue.

According to rights group Licadho, at least 147 former CNRP activists and officers have been called in for police or court questioning or jailed this year.
(Translated and edited from the original article on VOD Khmer)